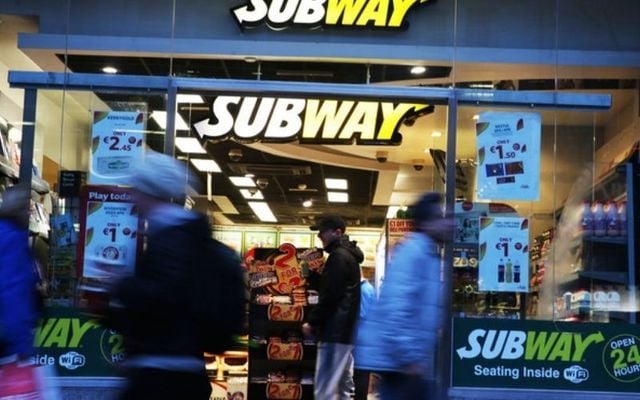 Subway's sandwiches are too sugary to be legally defined as bread, according to the Supreme Court. Rolling News

The Irish Supreme Court has ruled that Subway sandwiches contain too much sugar to be legally considered bread.

Tuesday's ruling found that the fast-food company's sandwiches have too much sugar and couldn't be considered a "staple food."

The Supreme Court's ruling arose from an appeal from Bookfinders Ltd, one of Subway's Galway-based franchisees, who argued that it should not have to pay any Value Added Tax (VAT) because most of its products were staple foods.

Bookfinders Ltd. registered a complaint with Revenue Commissioners in December 2006, seeking a VAT refund from January 2004 until December 2005. The franchisee had paid 9.2% VAT during the period and argued that it should have been paying 0%.

The Revenue Commission rejected the refund claim and the case was dismissed by a number of lower courts before it finally reached the Supreme Court.

However, the Supreme Court also found against Bookfinders Ltd. on Tuesday, arguing that Irish law clearly states that bread must have a sugar content of less than 2% of the weight of the flour if it is to be considered a staple product and not attract VAT.

Subway's heated bread has a sugar content of 10% of the weight of the flour and consequently attracts VAT.

The five-judge court said that Subway's bread fell outside the statutory definition of bread as set out in the Value-Added Tax Act 1972 and could not attract 0% VAT.

The act's intention was to distinguish between bread as a "staple food" and other baked goods made from dough, such as confectionery goods and cakes, according to Mr. Justice Donal O'Donnell.

The ruling included both white and wholegrain bread, according to the Guardian.

Top Guinness drinking countries in the world? You’ll be surprised