When Burger King challenged the Book of Kells’ global trademark

American fast-food chain worried that the manuscript’s trademark may cause confusion for their customers. 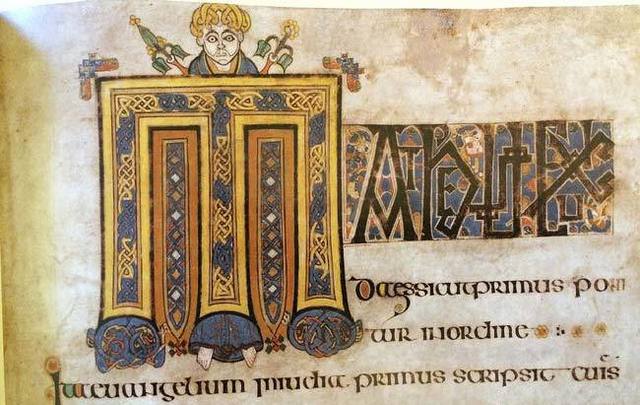 American fast-food chain worry that the manuscript’s trademark may cause confusion for their customers. Patrick Lordan/Flickr

Editor's note: Today is National Burger Day! A day of appreciation for hamburgers. When considering our prevous stories on burgers this one immediately springs to mind. Absolutely barmy! Enjoy.

The Book of Kells is officially registered as a global trademark owned by Trinity College Dublin, despite complaints made by worldwide fast-food chain Burger King that the new trademark infringed on their own trademark in the US.

The university had registered the name “Book of Kells” and their new “BK merchandise” as a global trademark some months ago, but the process was held up in America due to the objections made by Burger King.

The restaurant chain had to be convinced that use of the initials “BK” to refer to Ireland’s national treasure would not have any impact on their own trademark and their brand of burgers, fries and milk shakes, nor would it cause confusion for their customers (we can just imagine the despair of hungry tourists in Dublin when they’re met with a manuscript instead of a fast-food counter).

"Eventually, they understood that Trinity College was not interested in the fast-food business," explained Paul Corrigan, retail and merchandising manager for Trinity College.

The new venture and the further commercialization of the Book of Kells is an effort to increase the profits earned from the precious artifact, the money going towards the care of TCD Library’s collection of priceless books.

"We don't want to be seen as exploiting the Book of Kells, but, as you know, governments have cut university funding and we have to find new ways of financing our preservation of the manuscript and the other ancient texts we look after," continued Corrigan.

TCD, which showcases the famous manuscript in the Old Library on campus, is working in collaboration with art book publisher Thames & Hudson in the UK to produce five products drawing on the illustrations in the book. The deal with the publisher means that a percentage of the profits made on the BK products will be returned to the college so as to contribute to the upkeep of the manuscript.

The products are currently on sale in the Old Library Gift Shop in Trinity and will become available in certain bookshops throughout Ireland and internationally from September 7.

The Book of Kells is Ireland’s most globally renowned historic manuscript with elaborate decorations illuminating the text of the four gospels. Depicted within the 340 folios of calf vellum, now bound in four separate volumes, are full-page illustrations dedicated to Christ, the Virgin Mary and the Evangelists as well as many other smaller decorative illustrations spread throughout the gospels.

The book is believed to have been created in 800 AD somewhere in Britain or Ireland in a Columban monastery, but its exact origins are the topic of much debate. The book takes its name from the Abbey of Kells which kept the Book of Kells for centuries before it moved to the Dublin university.

A major tourist attraction, the manuscript has been housed in the Old Library in Trinity since 1953 and attracted an astounding 650,000 visitors to view the ancient pages last year alone.