The journey of Ireland's cheese from farm to cheesemaker

How is Irish cheese made? We chat to Kevin Sheridan to find out.

Brought to you by the National Dairy Council
@IrishCentral 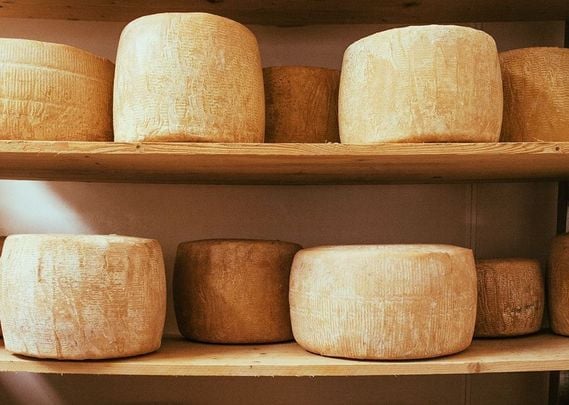 Cheese, glorious cheese! An Irish expert talk about the process of how Ireland's cheese is made. Getty

We're lucky to be able to indulge in Irish cheese, which is easily some of the best in the world, thanks to the amazing dairy farmers and cheesemakers scattered across the country.

The Irish dairy industry processes over 7.5 billion litres of milk, across 30 sites and is supplied by 18,000 family farms, many of whom are owners of the primary business. Irish dairy companies have invested hundreds of millions towards creating a sustainable, grass-based dairy system, which has resulted in over €4 billion worth of exports in dairy products, ingredients and nutritional products every year. Irish dairy is exported to more than 150 markets around the world with international markets beyond the EU becoming increasingly important.

This is where the National Dairy Council, Ireland's cheesemakers and dairy farmers come in.

The NDC promotes the excellence of dairy producers while championing the role of quality dairy and its benefits in Ireland and abroad. Speaking at the 2019 NDC and Kerrygold Quality Milk Awards earlier this year, Zoe Kavanagh, CEO of the National Dairy Council said, “The landscape that we’re living in is changing. Now more than ever consumers are demanding natural sustainably produced food – transparency, authenticity, taking responsibility for your health and keeping it real are now more important than ever.” 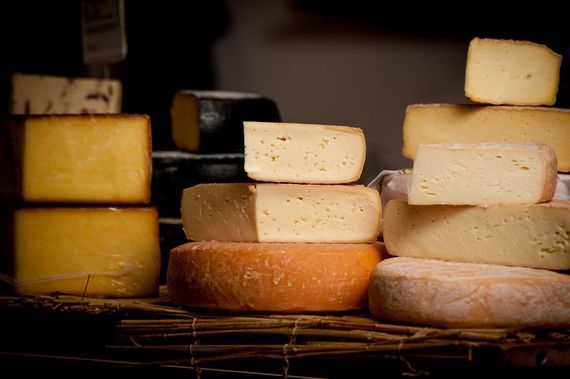 The European Milk Forum (EMF) recently released the results of a survey that was conducted over three years and included data from 2,000 Irish consumers, as well as 2,000 consumers in Belgium, Denmark, France, and the Netherlands. The results of the survey were very telling, revealing that nine out of 10 Irish consumers believe that Ireland is worthy of its world-renowned reputation for producing high-quality dairy products. Furthermore, nearly 83 per cent of consumers surveyed believe that Irish dairy is produced authentically and sustainably.

Irish cheese is so well-regarded because of the amazing milk it is made from, all of which is thanks to Irish dairy farmers. "The quality of the milk is of huge importance," said Kevin Sheridan of Sheridan's Cheesemongers. "Cheese in its essence is a means of preserving milk, it is milk in solid form and so if the milk is bad so will the cheese be."

Irish cheesemaking has only recently come into its own, according to Kevin, who says that the nation abandoned the process for a long time

"Up until the 1970s, there was very little cheese being made on Irish farms, especially when compared with the fact that several hundred years ago there was a genuine indigenous cheese producing culture in Ireland.

Without a pre-existing cheese culture, as is the case in other European countries, each cheesemaker innovated and took inspiration from traditional European cheeses. These cheeses evolved and became fully unique. Forty years on, there is a thriving farmhouse cheese culture in Ireland that continues to grow each year." 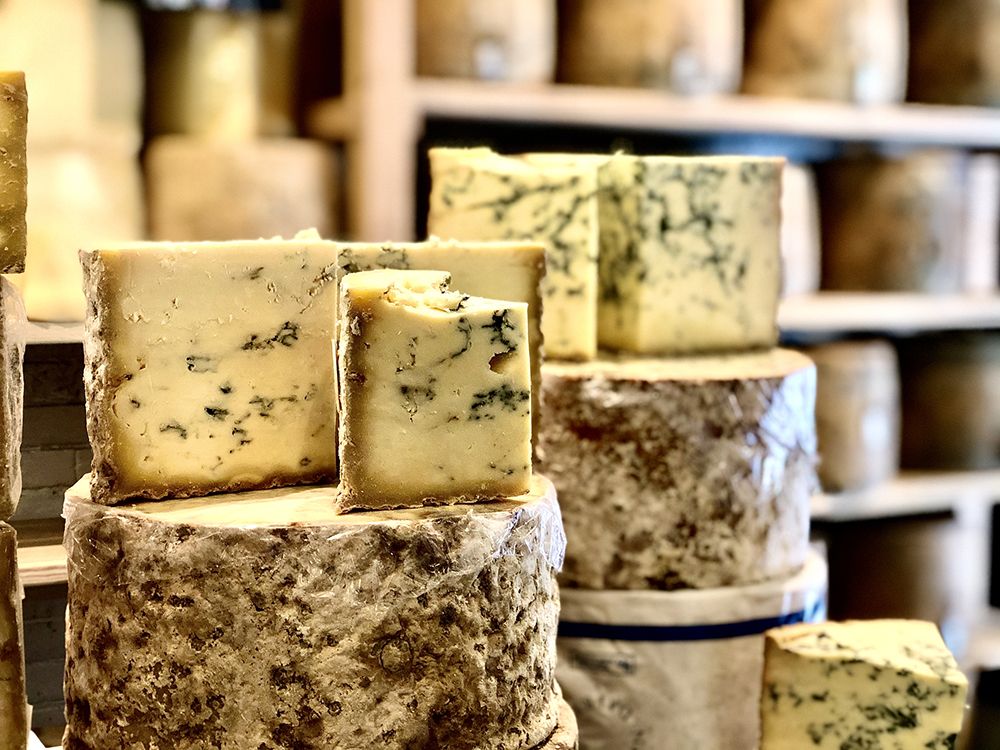 Cheesemaking is a relatively straightforward six-step process, which goes as follows: The animal (goat, cow etc.) is milked. The quality of the milk depends on various factors, such as diet and climate. The milk is then poured into a vat, to which the cheesemaker adds a culture, followed by rennet, to change the state of the milk into curds and whey.

The curd and whey are separated and the curd is then cut, which creates a drier cheese. Soft cheeses may not be cut at all. The curds are then placed into cheese moulds, which are turned to shape the cheese. If a hard cheese is being made, the cheese is pressed to squeeze out more whey, creating a drier product. When the cheese is nearly done, it is salted – either by rubbing salt into the brine or by bathing the cheese in brine. The last step to create a quality cheese is placing it in a cellar where it is left to ripen; nearly all cheeses require ripening time, ranging from a few days to a few years, before being sold/used.

According to Kevin, Irish cheesemakers like to keep their process as local as possible:

"Irish farmhouse cheesemakers either use the milk from their own farms or from a small number of neighbouring farms. The quality of the milk in terms of physical quality is very important, but you have to think in terms of terroir. The landscape where the animals graze is translated through the milk and helps to form the final cheese. This is one aspect of the terroir of cheese. There is also the microbiological terroir where the cheese is made and matured. This also has a huge influence on the final cheese." 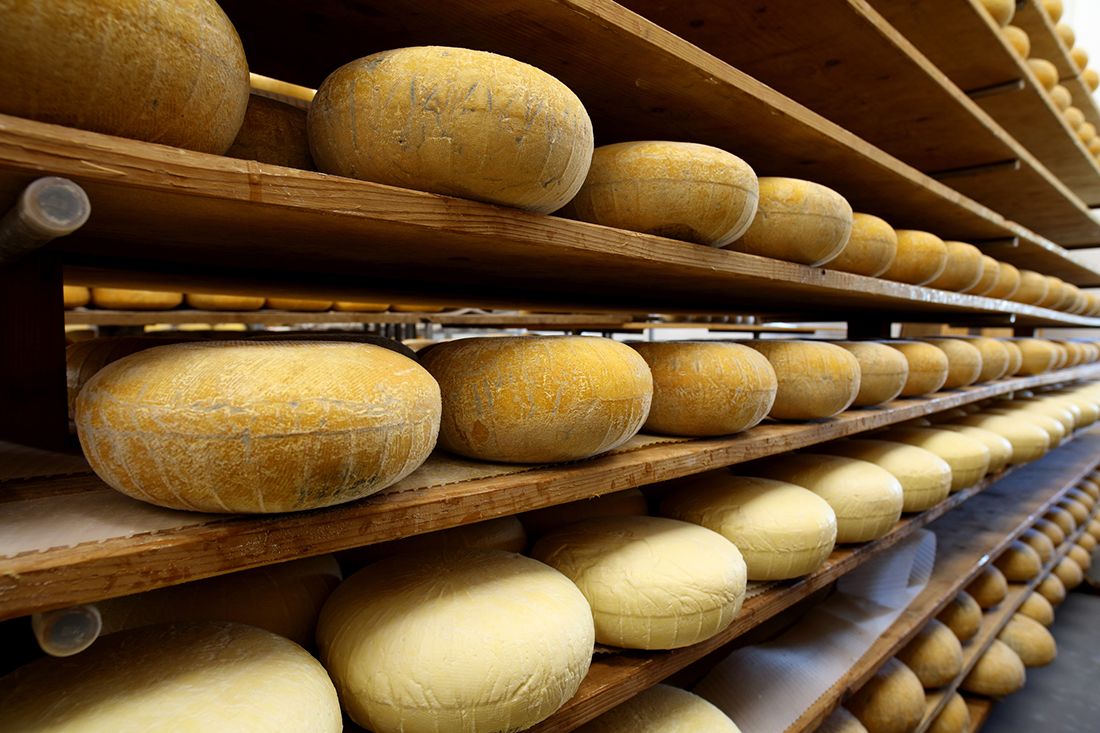 This article is brought to you by the #CheeseYourWay campaign launched earlier this year by the National Dairy Council in partnership with the European Milk Forum. Cheese Your Way is an EU-funded, multi-country campaign that aims to encourage people to cook with, eat and learn more about a diverse range of European cheeses.

NDC is passionate about quality dairy and promoting its nutritional benefits, so they were the perfect partner for our upcoming cheesy events. If you want to find out more about this EU campaign, called Cheese Your Way, click here.