Ireland ranked third for world's most cheese production per capita

Ireland is one of the top cheese-producing nations in the world per capita, producing 125 pounds of cheese per person a year. 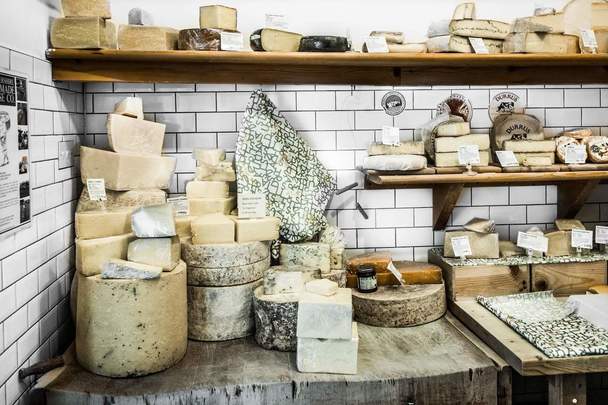 Ireland ranks third worldwide among the countries with the highest production of cheese per capita, with 56.7 kilograms per person, according to a new study from Chef's Pencil.

Ireland produces 287 thousand metric tons of cheese every year and has a population of roughly 5 million. That amounts to 56.7 kilograms of cheese produced per capita or roughly 125 pounds per person. 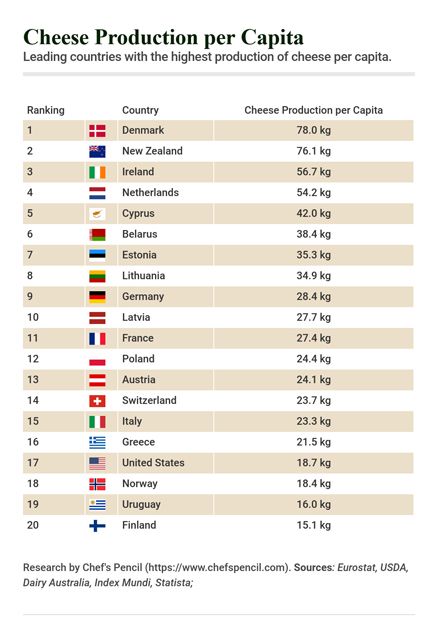 Ireland's dairy industry is booming, with the country's cheese production increasing at a staggering rate in recent years.

Ireland ranks second in the EU among countries with the highest cheese production growth over the past five years, with a recorded 39 percent growth in cheese production from 2016 to 2021. This is nearly five times higher than the growth rate for the EU as a whole.

In terms of total cheese production, the United States is the world’s largest producer of cheese, producing 6,217 thousand metric tons of cheese produced in a year.

The United States is followed by Germany, France, and Italy in the top five countries in the world with the highest cheese production.