Follow these steps from an Irish whiskey expert that'll make you a pro in no time. 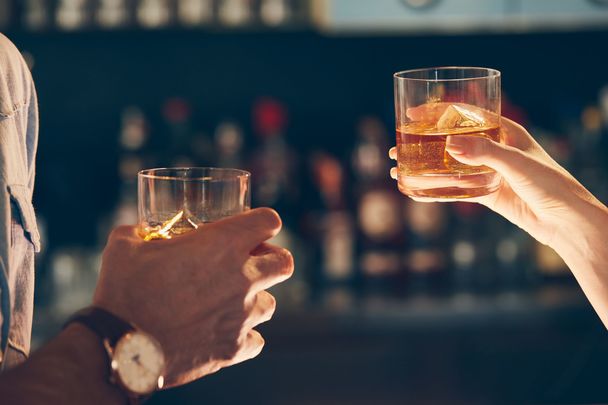 Learn how to properly taste Irish whiskey with these tips. Getty

Irish whiskey comes in many forms and flavors - learn how to appreciate them all with these tips.

Irish whiskey expert and author of 'The Whiskeys of Ireland' Peter Mulryan, writing for The Garda Post, has outlined how to properly sample a glass of Irish whiskey to fully appreciate the many elements that go into what Irish playwright George Bernard Shaw once called "liquid sunshine."

Where to conduct your Irish whiskey tasting

What you need for your Irish whiskey tasting

First and foremost - a bottle of Irish whiskey! Mulryan suggests using a few different bottles in order to create comparisons.

A jug and a glass of either spring water or tap water that has been left standing for about a half-hour to allow any chlorine to disperse. The jug will be used for diluting, while the glass is for refreshing your palate.

Mulryan says professional whiskey tasters use a whiskey-nosing glass, but a sherry or wine glass can be used as alternatives. “What you are looking for is a glass with a bowl to cradle and warm the whiskey in your hand, and tall, tapering sides to retain the aroma of the spirit.”

Mulryan says before you sip your Irish whiskey, “Swirl the spirit around in the glass and look at its ‘legs,’ which are the long trails left by the whiskey as it slips down the side of the glass. The longer the legs, the higher the alcoholic content."

Next, look at the color of your Irish whiskey, which is a good indicator of the type of wood it was matured in. A pale straw color is indicative of an American oak, amber coloring would be sherry wood, and tinges of ruby point to port pipe.

The "nose-feel," or the prickle you get in your nose when you first swirl and sniff your whiskey, is alcohol. Mulryan says: "sniff again and it will anesthetize your nose and you will smell nothing. If this happens, sniff a glass of water or go outside for a moment. Your nose grows accustomed to smells – after a while, a person can become used to just about any aroma. So it is important not to sniff too hard or too often – simply note your initial impressions and move on."

Mulryan says to dilute your Irish whiskey to better release its aromas. "Professional tasters nose at 20% abv – half whiskey, half water – but they also spit the stuff out. Do whatever feels best, but do add at least a drop of H2O, and your nose will be richly rewarded. With the addition of water, many of the keynotes you noted earlier will be more prevalent, but beware the noisy ones – peat, vanilla, and sherry are first out and tend to smother other, finer aromas. Note the obvious, then move on to tasting."

Read More: Two new types of Jameson whiskey for you to try

Finally! Take a sip of your Irish whiskey and pay special attention to how it feels in your mouth - some Irish whiskeys will feel fat and syrupy, while others will feel light and spirity.

“A good whiskey will set off a chain of reactions on your tongue, sparking sensations all over, sometimes all at once, sometimes in sequence," says Mulryan.

Lastly, swallow your sip of Irish whiskey and notice the after-effects. A lingering effect after you've swallowed is the sign of a good Irish whiskey, according to Mulryan.

What's your favorite Irish whiskey? Do you have any tasting tips? Let us know in the comments!