Celebrating the everyday GAA volunteers willingly to give their time in communities across Ireland all year round. 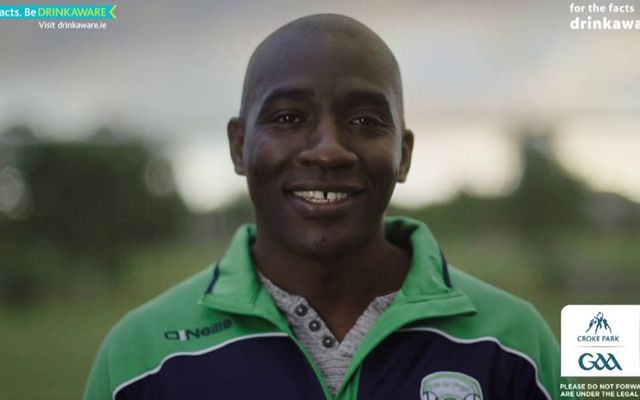 As the 2017 GAA All-Ireland Senior Championships enter the final stages, Guinness has launched its latest TV advertising campaign, 'Behind Every Great Town'. The captivating film celebrates the everyday GAA volunteers, who willingly give their time in communities across Ireland all year round.

From mowing the pitch and setting out sideline flags to raising money and keeping clubs funded, this heartwarming new video from Guinness celebrates the very best of the GAA community spirit and the volunteers who dedicate their time all for the love of their club. Read more about the fantastic volunteers here: http://bit.ly/2vSOjnd

Posted by IrishCentral.com on Thursday, August 10, 2017

From mowing the pitch and setting out sideline flags to raising money and keeping clubs funded, this heartwarming new video from Guinness celebrates the very best of the GAA community spirit and the volunteers who dedicate their time all for the love of their club.

The advertisement features four-real GAA volunteers from Castlegregory, County Kerry, Inishbofin, County Galway, Slaughtneil, County Derry and Ongar, Dublin 15. Together, they represent the thousands of people throughout the Island of Ireland who find enrichment, enjoyment and a sense of community by immersing themselves in their local GAA club.

Moses Wanjigo, who hails from a rural village in Kenya, came to Ireland in 2010 before settling in Ongar, in suburban Dublin. Responding to an advertisement from the local Erin Go Bragh GAA Club in Ongar, who was looking new members to join, Moses was welcomed by the club with open arms and he quickly found a way to integrate into the local community. Moses started off as a player before becoming a volunteer in recent years.

Speaking about his new-found passion for the GAA, Moses said; “It’s hard to start fresh somewhere new. When people like me, who are from different countries, come to a foreign land, the first thing you want to do is to integrate. You want to get to know your community. I was at home one evening and a flyer came through the door looking for new members for Erin Go Bragh club. I said to myself that I will give it a go. They were very welcoming to me although I had to really listen to their words as the Dublin accent was difficult. I love to help with fundraising, putting up nets on the goalposts or whatever needs to be one. I find myself doing lots of odd jobs down at the club. I love it though. It really is a way to belong”.

His love for Gaelic games extends beyond just Erin Go Bragh, Moses also acts as a volunteer steward in Croke Park helping out on big match days. Moses puts his integration into the local community in Ongar down to his links to GAA and would recommend joining a club to anyone who is new to the country.

“It was great to join the club because it gave me a chance to mix with the locals, to know my area and to contribute to my community. By being part of the club, I feel more secure and there are people that I can count on to help me in any difficulty”.

“I think it’s nice to integrate because that’s how you learn about the place you have settled. You can learn the language and culture faster too. I would encourage people like me to get involved in the GAA as a way to get to know their local community”.