Go behind the gates with the new Guinness Brewery Tour

In partnership with
Guinness Storehouse
Dec 16, 2019

See behind the iconic gates on the new Guinness Brewery Tour.GSH

Launching in January 2020, Guinness Storehouse, in Dublin city center, visitors will be invited behind the gates as part of a premium tour experience, including a beer and food tasting.

The Guinness Storehouse has launched a new premium tour offering for the ultimate Guinness experience exploring the past, present, and future of St. James’s Gate.

Tours will begin on January 17, 2020. Tickets are €95 per person for the two-hour tour, including a guided beer and food pairing. Tickets for the new Guinness Brewery Tour are on sale here.

The tour will be given by Beer Specialists and take visitors through the history of brewing Guinness. Not many people get to say they’ve followed in Arthur Guinness’ footsteps through historic railway lines and across the cobbled stones, until now. 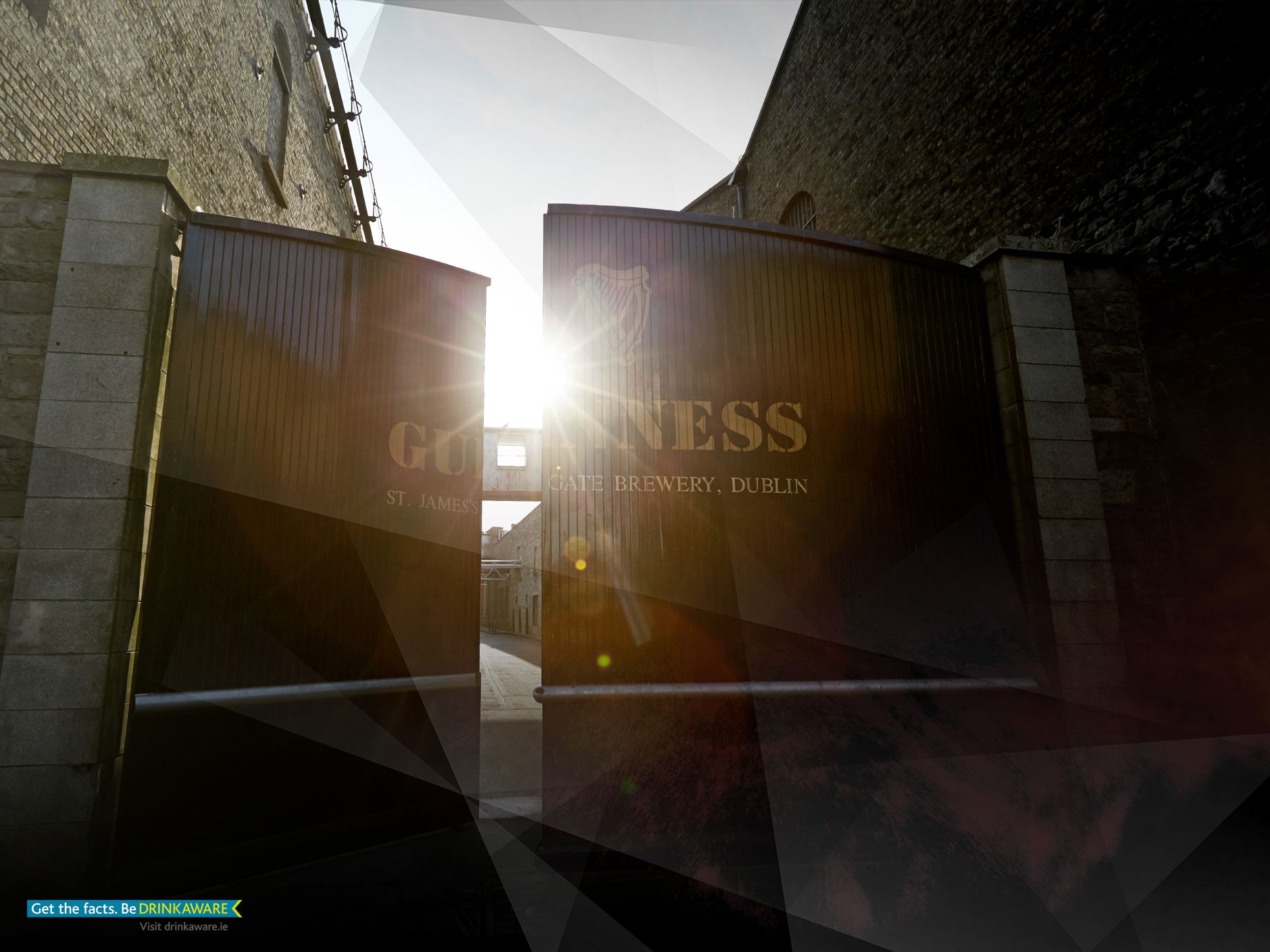 Guests will be among the few outside visitors to go inside the Roast House, where Guinness’s barley is roasted to 232 degrees Celsius.

Visitors will experience the infamous underground tunnel that leads to Brewhouse 4, the state of the art facility where Guinness is brewed today.

Visitors will finish with a guided food and beer tasting with limited-edition brews, not found anywhere else in the world, at the Guinness Open Gate Brewery, the on-site experimental brewery.

Participants of the Guinness Brewery Tour will all receive a special gift to commemorate the experience and a voucher for 20% off walk-up adult admissions at the Guinness Storehouse with 10% off at the Retail Shop and 10% off in 1837 Bar & Brasserie and Brewers’ Dining Hall.

The past, present, and future of Guinness

Visitors will start the tour where it all began, with Arthur Guinness in 1759, to learn about the historic lease Arthur signed for 9,000 years and all about his humble beginnings when he arrived in Dublin.

In addition to the family history, guests will see some of the oldest parts of the site, visiting the 200-year-old Vat Houses where Guinness was matured for months before being sent to the four corners of the world.

Walking among the tracks of the old railway lines, the discussion will revolve around the social history of the Guinness brewery and the immense impact it had on the city of Dublin and on the world.

Looking towards the future, visitors will be shown how brewing on-site has evolved, from the types of beers brewed and methods used, to the equipment and brewhouses that were, and are still, in operation.

Next, visitors will learn all about the ingredients used in Guinness’s brewing process and experience how the famous stout comes to life. Among the very few visitors that get to see the inner workings of Guinness production, guests will head into the Roast House, which will provide a first-hand perspective on the art and science of roasting barley, the secret behind the unique aroma and flavor in every pint of Guinness.

Guests will then journey through the legendary underground passenger tunnel to reach the furthest end of the brewery site, Brewhouse 4. Only the fourth Brewhouse to be constructed at St. James’s Gate in over 250 years, Brewhouse 4 shows just how vast the Guinness operation is today as one of the largest, most efficient breweries in the world.

Tickets for the new Guinness Brewery Tour are on sale here.

Get the facts. Be Drinkaware. Visit drinkaware.ie.

See behind the iconic gates on the new Guinness Brewery Tour.GSH