Guinness sales in US increasing as their craft beers take off

Innovation and craft beers are the name of the game when it comes to beers in North America. 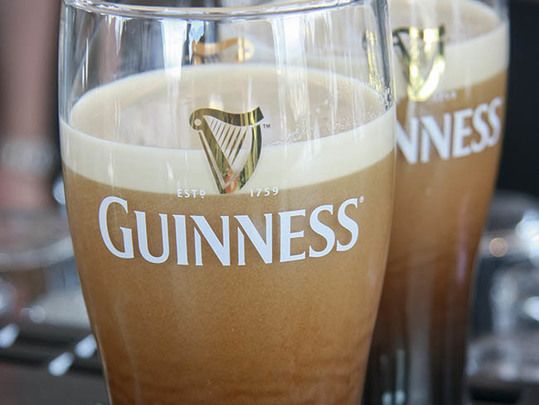 Guinness sales are on the up: Innovation and craft beers are the name of the game when it comes to beers in North America. iStock

Sales of Guinness in the United States are up by 3% as Diageo bucked the trend of falling beer and liquor sales.

The alcohol giant, behind drinks like Smirnoff, Johnnie Walker and Captain Morgan, have released their full-year results. They show that the Irish stout’s marketing strategy to associate itself with “innovations” and reinvention as well as keeping its Irish core is working.

Net sales of Guinness craft beer products are up by 30 percent with innovations such as “The Brewers Project” driving consumption in Ireland and Great Britain up. The project is a branding and marketing campaign tied to the launch of new Guinness beers, making the stout goliath look like a craft beer manufacture. Among their new beers are Hop House 13 (a larger), Dublin Porter and West Indies Porter.

The craft beer industry is gaining a great deal of momentum across America with consumers opting to be a little more adventurous with their beers and less interested in the “traditional” drinks. The Brewers Association, a trade group for small independent beer makers in the United States, reported that sales of craft beers rose 16% in the first quarter of 2015 from a year ago.

This was reflected on the announcement by Anheuser-Busch InBev on Thursday that the sales of Budweiser and Bud Light have continued to fall "in the low single digits" in the United States in the second quarter. CNN Money reports that the sales of the two products have been falling for years.

- In scotch, Buchanan’s was the fastest growing brand in the United States, with net sales up over 20%

- Cîroc net sales growth of 4% was driven by Cîroc Pineapple.

- Net sales of tequila were up double digit, driven by 10% growth of Don Julio and the launch of new DeLeón variants.

CEO Ivan Menezes says in Thursday's statement that the performance "reflects the challenges we have seen on top line growth." He is optimistic about the year ahead.