Ireland’s most famous brewery, Guinness is constantly striving to innovate and bring exciting new beers to life and this summer they’ve certainly succeeded. 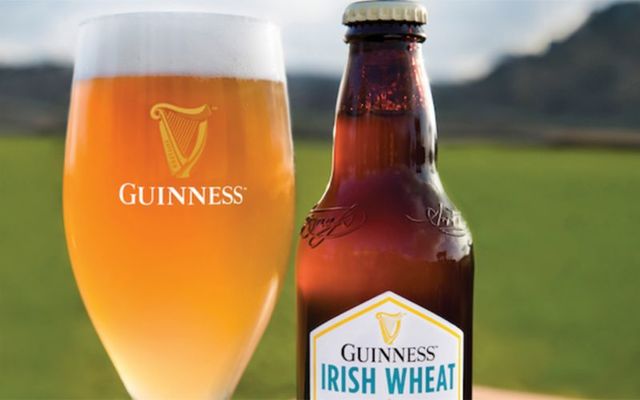 Ireland’s most famous brewery, Guinness is constantly striving to innovate and bring exciting new beers to life and this summer they’ve certainly succeeded.

The summer is most certainly on its way and Guinness is ready to celebrate with its Irish Wheat beer packed with refreshing notes of banana, clove, and citrus. One of the newest offerings from St. James’s Gate Brewery, in Dublin, required the very first large-scale malting of Irish wheat, installing a new grain silo at the brewery, and trusting a stout yeast to make a wheat beer – the result is a delicious light wheat beer.

"So now is the perfect time to unveil Irish Wheat, our uniquely Guinness spin on a really popular style of beer. From the 'Sunny South' of Ireland, where we source our wheat, to the USA – sláinte."

The Open Gate Brewery is home to a group of Guinness brewers from all over the world whose job is to explore new recipes, reinterpret old ones, and ultimately, bring exciting beers to life. It's a process that takes time and patience, which is also the right approach to enjoying these brews. Irish Wheat is the latest in a line of creations that includes Rye Pale Ale, Antwerpen Stout, Nitro IPA, and Guinness Blonde American Lager – each with its own unique story.

"I wanted to help create the best wheat beer outside of Germany," said brewer Jasmin Winterer, whose native home of Germany led her to come up with the concept for Irish Wheat.

"The style is familiar, but if you look closer, you'll see how we made it distinctly Guinness – this beer uses 100% wheat sourced in Ireland and the very same yeast that goes into our world-famous stout."

Irish Wheat is right in line with a brewery that's been putting its own spin on things since day one. In the late 1700s, Arthur Guinness, like most brewers at the time, based his operation on a steady production of ales. That all changed in 1799 when he chose to switch things up from those ales and focus more on darker, stouter beers, including the stout the world knows now. A couple of centuries later, this taste for innovation would also lead to the world's first nitrogenated beer.

So what exactly will you taste when you take a gulp of Guinness Irish Wheat beer?

Aroma: cloves with a hint of banana and citrus

Taste: clean, low bitterness with a subtle clove/banana flavor and a hint of zesty citrus

To keep up with all things Guinness beer in America, be sure to follow @GuinnessUS at www.guinness.com, on Facebook, Twitter, and Instagram. And whether enjoying a bottle of Irish Wheat out in the sun, or sipping on any beer from the Guinness family, please remember to respect the beer and drink sensibly.