Here’s to us all! Celebrating Guinness’ 200-year friendship with the USA

Guinness Draught reminds us there’s less that separates us than brings us together. 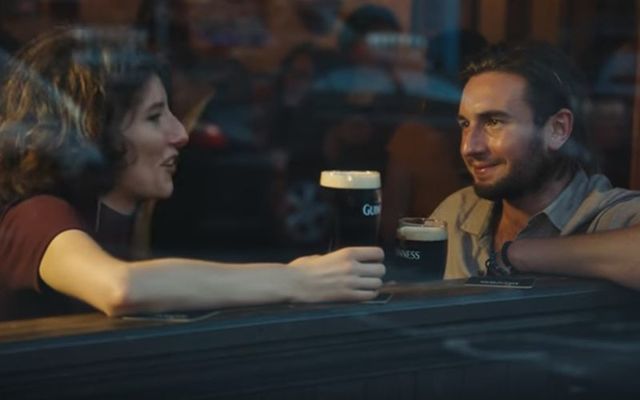 Guinness Draught! Celebrating the fact that there's more that brings us together than separates us.

Guinness Draught reminds us there’s less that separates us than brings us together.

Guinness’ beautiful new message celebrates some of the wonderful aspects of the iconic Irish brand. Its new “Here’s to us all” recognizes Guinness’ two-century-long friendship with the United States, Guinness' distinctive Draught stout enjoyed over long conversations in a good pub, and of course the wonderful news that there’s less that separates us that brings us together.

First launched in 1959, it is named “Guinness Draught” because it was first brewed to be served on tap at pubs. It is also the world’s first nitro beer because the unique qualities of Guinness Stout required a different approach to conventional carbonation. The nitrogen infusion gives the beer its smooth creamy mouthfeel and beautiful long-lasting head.

In 2017 Guinness celebrated its 200th anniversary in America. Since the first eight casks of porter arrived in October 1817, Guinness and America have cultivated quite the love affair.

The story begins on October 16, 1817, when the first eight barrels of Guinness porter arrived in South Carolina. As the Irish continued to arrive on the shores of the United States so too did Guinness.

Commenting on the anniversary Emma Giles, Guinness Brand Director, said: “Two things have always been at the heart of the Guinness brand since our founding in 1759: brewing great beer and sharing our story.

"When we started brewing beer for America 200 years ago, that story became a shared one. Now, every time you share a pint with someone else, another chapter begins.”

The newest chapter in this Irish-American story will be set in Maryland, where the first Guinness brewery on U.S. soil in more than 60 years will open in 2018. The brewery’s name, the Open Gate Brewery & Barrel House, is a combination of the pilot brewery at St. James’s Gate and a nod to the plan for this new brewery to be a center for barrel-aging beer. The new home for Guinness in the U.S. will also be the permanent brewing site for Guinness Blonde American Lager and other new beers created specifically for the states.

Keep up-to-date with everything Guinness here on IrishCentral