The famous Irish brewery took back kegs from pubs across Ireland in the early days of lockdown to offer some financial support. 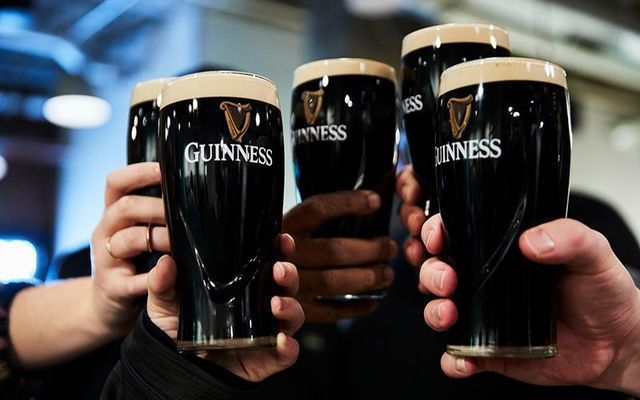 Guinness's Dublin brewery has been taking back unused kegs during the COVID-19 pandemic. Guinness / Diageo

Guinness has come up with a novel way to use hundreds of thousands of kegs of the Black Stuff that went to waste during the COVID-19 pandemic by repurposing it to fertilize Irish Christmas trees.

The famous Irish brewery took back kegs from pubs across Ireland in the early days of lockdown to offer some financial support and to ensure that the now useless kegs didn't go to complete waste.

Guinness has been taking back unused kegs set to expire during the pandemic and decanting them, before using the repurposed stout for a number of environmentally sustainable incentives.

Aidan Crowe, Director of Operations at Guinness, said that most of the recycled stout is being used to fertilize Christmas trees.

"The vast majority of the beer goes to willow and Christmas tree plantations, it’s used as nutrients in those farms," he told the PA.

Some of the kegs will be used to create bio-gas, Crowe said, and he is hopeful that the bio-gas can eventually become a long-term, sustainable fuel source for the brewery.

He said that some of the beer would also be used for composting.

Crowe said that Guinness is currently ramping up production as pubs across Ireland and around the world prepare to open their doors to customers after more than three months of lockdown.

Explaining Guinness's decision to financially support individual establishments during the lockdown, Crowe said that the three-month period had been much tougher on pubs than it had been on breweries.

"It’s been a tough time in the brewery but it’s been a much tougher time if you’re trying to run on-trade outlets in this part of the world."

Diageo, Guinness's parent company, has additionally announced a $100 million "Raising the Bar" fund to help pubs install health and safety measures as they prepare to reopen. Around €14 million will be made available to Irish bars.

Crowe said that Guinness is prepared for all eventualities when pubs do reopen and said that the brewery will be ready if business is slower than anticipated or if it is significantly busier.

He said that the famous St. James's Brewery in Dublin ordinarily brews 2.5 million pints of Guinness every month but said that production was scaled back to a level not seen since the 1916 Rising with pubs shuttered across the island, save for a few offering take-out pints.

Guinness almost exclusively produced canned and bottled products during lockdown due to the almost non-existent demand for pints, with canning and bottle operations increasing to meet demand in supermarkets and liquor stores.

Guinness breweries in Belfast in Northern Ireland and Runcorn in England were particularly busy during lockdown, according to Crowe.