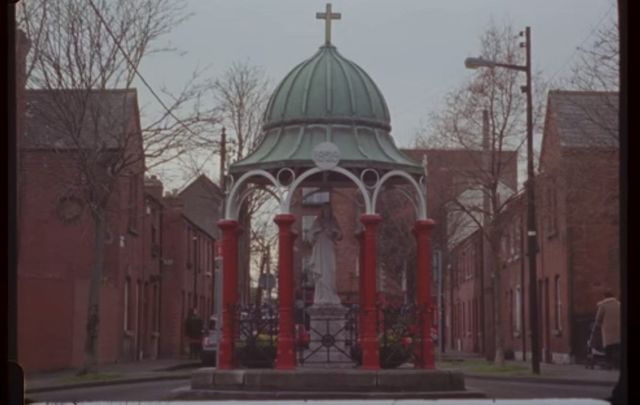 The Liberties: Discover the secrets of Dublin with Powers. YouTube / Powers

The Liberties (Na Saoirsí in Irish) is hands down one of Dublin’s coolest neighborhoods, full of history and character you won’t find anywhere else. Distilling played a huge part of this history; in particular, Powers Irish Whiskey, which was launched in the Liberties in 1791 and endured there for nearly 200 years.

In a new docuseries aptly titled “Dublin Distilled,” Powers Brand Ambassador Michael Carr (a wonderful character himself, check out our earlier interview here) explores the impact Powers made on the city and its rich history hidden in plain sight.

The following are some of the highlights, and the full docuseries can be watched here. One word of caution, though: watching it may cause great yearning to be perched at the bar of a historic Dublin pub, a pour of Powers in hand.

The Liberties are so named because the area was initially outside the walls of the City of Dublin, making it “at liberty” from the city’s laws.

This made the Liberties the ideal place for John Powers to begin distilling his signature whiskey and open a tavern in 1785. His whiskey became so popular that in 1791, Powers opened his distillery at John’s Lane. This is where Powers whiskey was distilled until 1976 - that’s nearly 200 years of craftsmanship and industry, with the distillery operating almost like a small city within the city.

Powers helped save the Irish whiskey industry from dying out.

By the late 1800s, Powers distillery was producing nearly 1 million gallons of whiskey each year, a sign of Irish whiskey's success worldwide. But a combination of factors jeopardized Irish whiskey's prowess to the point that the industry almost vanished altogether in the 1960s. In the above excerpt from the docuseries, Carr chats with Denis O’Reilly, a descendant of the Powers family, about how his uncles and father managed to save not only Powers but Irish whiskey in general.

Powers endures as an alt-scene favorite.

After the distillery, Carr’s next stop is The Thomas House, a pub just down the road from the John’s Lane distillery. There he speaks with Gareth Cummins about how the area has changed since Thomas House, a mainstay of Dublin’s alternative music scene, opened 10 years ago, and how Powers became the bar's whiskey of choice.

Powers’ fire brigade came to the rescue of Dublin City.

The largest Dublin fire of the 19th century took place in the Liberties in 1875, when Malone’s Bonded Warehouse caught ablaze. After this, Powers established their own fire brigade as an extra safety measure. As historian and retired firefighter Les Fallon tells Carr at the Dublin Fire Brigade Museum, when duty called Powers' fire brigade did not limit themselves to the confines of the distillery. During a pivotal moment in the wake of the 1916 Easter Rising, they came to the city's rescue.

A phenomenon called “distillery mold” still exists in an everyday carpark in Dublin.

Dublin’s famous George’s Street Arcade occupies the site where Powers was bottled for nearly a century. This was also where Powers invented the Baby Power, a miniature bottle that's still a fan favorite today and makes up the heart of the signature cocktail at Idlewild bar in George’s Street.

Watch the above clip to learn where exactly you can find the enduring visual impact of Powers' maturation facility - a harmless but intriguing substance called distillery mold.

Plus, get info on how to plan your own tour of Dublin's Powers Quarter.