The Dublin Liberties Distillery will open its doors in 2018 - the Master Distiller reveals all. 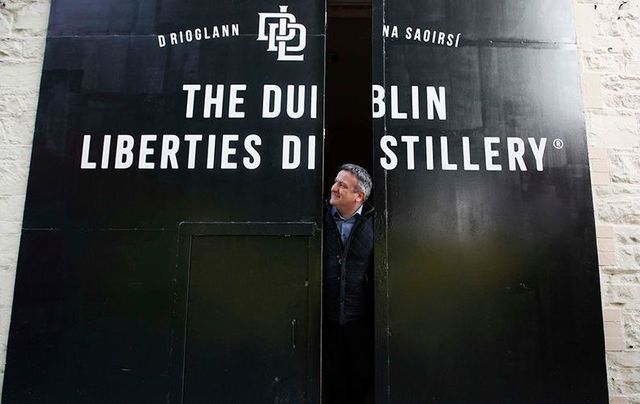 Located in building with over 400-years of history in the “golden triangle” of distilling in Dublin, The Dublin Liberties Distillery is on the brink of greatness in the middle of one of the most exciting periods ever for Irish whiskey.

IrishCentral were lucky enough to speak with Darryl McNally, the Master Distiller for Dubliner Irish Whiskey at Dublin Liberties Distillery. A man whose lifelong experience of working in the drinks business, McNally, has spent the last 18 years of his professional career working with Diageo and Pernod across many roles including, Master Distiller at Bushmills. 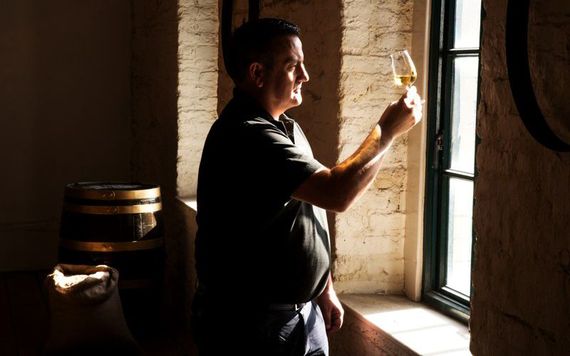 Now as The Dublin Liberties Distillery prepares for its 2018 launch and celebrates the ongoing success of Dubliner Irish Whiskey McNally shares his story with IrishCentral and shares the big plans for the newest Dublin distillery.

IrishCentral: After 18 years in the business, what is it about Irish whiskey that makes you continue to love your job?

McNally: When I was born I came straight from the hospital into the bar, because my mom and dad had a bar. I was able to pour the most perfect pint of Guinness at two years old and when I went into the drinks world it was never a surprise to them. It’s in my blood and I’ve always felt lucky to grow up in the industry in a way and now where I am today.

Irish Whiskey stands the test of time. Vodka and gin brands have their peaks over the years, but Irish whiskey as category is exploding. This couldn’t be a better time to be in the Irish whiskey category.

A family approached me five years ago and told me my great-great-uncle was a magistrate judge and there was a distillery that was established in 1750, which Judge John McLaughlin owned it in 1880, even back then, it is in my bloodline – the owning distilleries.

Whiskey around the world is having a massive renaissance – what is it in your mind that has made whiskey a more popular and accessible drink for the masses once more?

There is a premium nature of creating whiskies, an art of the distillation and an art to the maturation, people like brown spirits.

It has variety within the category, to cater for all tastes. The younger generation might be happier with the blends but others may enjoy the single malt.

There is almost a vibe about it now, that people want to get in and try different malts, which used to be a Scottish thing, but now there is much more variety and people are interested to know what they are tasting. It is that new generation that wants to know and understand the quality and craftsmanship behind the whiskey. People love learning about the heritage of the brands and what makes each unique.

What’s happening in Dublin right now on the whiskey scene is really exciting with whiskey bars and smaller distillers popping up left and right. What will The Dublin Liberties Distillery offer with regards to a tourist attraction?

Dublin, back in the early 1900s was the epicenter of whiskey and beer production, that dwindled away until there were no distilleries. When ours is built it will be the third operational distillery. Dublin is going through a renaissance of bringing back distilleries. You can’t open up a paper these days without learning about a new distillery.

Bars are popping up that only carry Irish and Scottish whiskies, we are seeing whiskey societies that are popping up. An example would be the Aviators Society, which is made up of workers from the Dublin airport who get together to taste whiskies. 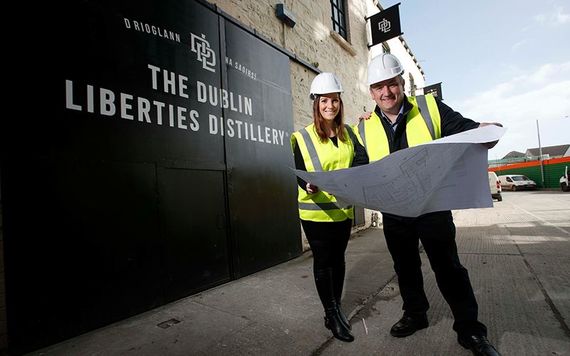 The Dublin Liberties Distillery is set to open its doors in 2018.

Our distillery will fall under the category of a craft to commercial size distiller, which will be able to handle up to 700,000 liters of alcohol. We’re in the process of building a really innovative, energy efficient, distillery right in the heart of Dublin City Center, which will be producing the finest distillery Dublin has seen for many years.

Along with a visitor’s center experience, which will not only showcase making whiskies but will also tell the liberties story of Dublin and the people of liberties and the many fine characters, it will be a historic tour of life in the Liberties. Paying our respects to those who came before us.

It’s a brilliant part of the city. How does the new distillery use the old buildings?

The building dates back about 400 years but the whole area is being built up and it’s all shiny and new! We wanted to preserve the old look and feel of the building. We have kept the original structure at the front of the site and are gut-renovating everything else.

The end result will be a nice mix of old and new… I should point out that we have a ghost within the distillery, a lady named Lucy Finch, so we don’t want to upset her….

The stills will be pumping from 2018 but the whiskey itself is already taking off. How has the journey been so far?

The journey has been great, The Dubliner has been the fastest growing whiskey in the past year. We have some newer brands we have launched, which have all done very well, and have some fun surprises coming in the near future. We have been very busy creating different whiskies that taste good and are authentic Irish through and through.

A post shared by Dublin Liberties Irish Whiskey (@dublinlibertieswhiskey) on Jan 5, 2018 at 5:43am PST

There are probably more than 70 different types of Irish whiskey where would you place yours?

We have five whiskies on the market currently… however, you wouldn’t ask your father which one he would choose as his favorite, but the Dubliner is technically the youngest whiskey. The brand is making its own way in the US, Australia and other markets around the world.

How do you think it’s best enjoyed? Is there a most popular cocktail associated with it yet.

There’s no right or wrong way to drink whiskey, I always encourage people to try it neat or with a cube of ice. By all means, The Dubliner is great as a base for cocktails, the number of mixologists in Dublin who love The Dubliner is growing.

What does the future look like for Dublin Liberties Distillery and Dubliner Irish Whiskey?

It looks absolutely fantastic. The growth in the last two years and the fact that we are building a distillery, a home for our brands, makes it all very exciting.

Scottish really people got behind Scottish whiskey and I have noticed that more people in Ireland have been getting into in Irish whiskey. It is important for everyone to get everyone around the world involved with Irish whiskey and exciting to be part of such a renaissance in the industry.

Irish people around the world pick up your Irish whiskey and enjoy!

Where will you all be in five years time?

The distillery will be fully completed, we’ll begin to launch the whiskey which we’ll have made on site at the distillery. We’ll continue to create the most innovative and delicious whiskeys the world has seen.