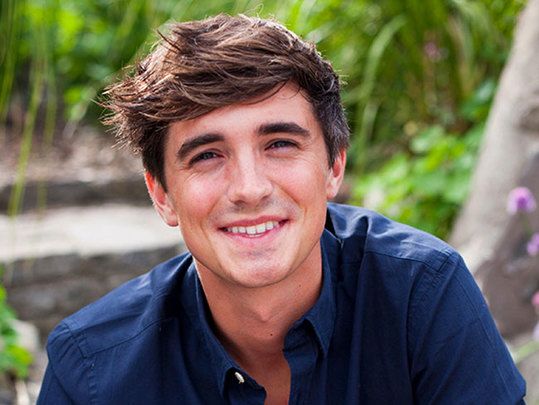 As a proud Irish man, passionate about promoting Ireland to his international audience, Donal has launched Donal’s Big St. Patrick’s Day Collaboration this time in 2015.

Donal has invited some of the biggest food youtubers from across the globe to take part and cook some Irish inspired dishes on their channel in the run up to St Patrick’s Day. With a recipe line up including Irish Stew, Traditional Irish Scones, Barmbrack and even Chocolate Guinness Cake, there is a recipe for everyone to try!

See all of the cooking collaboration videos in the playlist below (for recipes, check out Donal's Youtube channel here) .

For a complete list of Donal's collaborators, scroll down.

As well as Donal’s Irish recipe videos going live each day, the following youtubers have cooked up an Irish storm on their channels throughout the week as part of the collaboration:

“I am passionate about Irish food & ingredients so I’m delighted to be able to share a compilation of traditional and Irish inspired recipe videos throughout the week. I believe Irish cuisine is some of the best in the world so I am thrilled to be able to help give it the global platform it deserves.”

As well as promoting Ireland through his youtube channel, Donal has been invited to cook some of his favourite recipes to celebrate St Patrick’s Day on The Today Show on NBC in the US. With over 4 million viewers, this was a fantastic opportunity to promote Ireland and Irish food to a huge audience.

Taking both the NBC and youtube viewership into account, Donal has be promoting Irish food to a combined audience spanning well over 10 million in the run up to St Patrick’s Day and that’s a whole lot of Irish cheer!

Donal's newest cookbook 'Eat. Live. Go - Fresh Food Fast' has been published by the acclaimed UK publishing house Hodder & Stoughton in October 2016. The book includes recipes from his Food Network TV series “Follow Donal”. He has also appeared on BBC One's Saturday Kitchen and has become one of the program's regular presenters since November 2016.