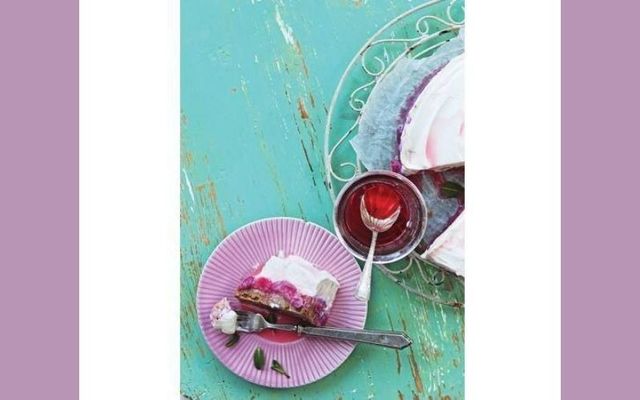 Clodagh is a chef, restauranteur, and television presenter, living in Dublin Ireland. She has published four cookbooks and her TV series Clodagh's Irish Food Trails aired on PBS.

Check out this delicious recipe for Rhubarb & Ginger Cheesecake taken from Clodagh's cookbook, 'Homemade'. You can view her cookbooks here.

Line the base of an 8-inch spring-form cake tin with cooking parchment or strong greaseproof paper. Melt the butter in a small pan. Crush the biscuits to fine crumbs and stir them into the melted butter. Tip them into the cake tin and smooth them flat. Refrigerate for half an hour or so until firm.

Put the cream and sugar in the bowl of a food mixer and whisk until thick. Keep an eye on the mixture all the time, stopping once it starts to thicken. Remove the whisk then stir gently to mix. Add the cream cheese and one teaspoon of vanilla extract. Tip the mixture into the crumb-lined cake tin, cover with film, and put in the fridge for at least 4 hours.

Pop the rhubarb into a saucepan with the sugar, ginger, and ½ cup of water and bring to a boil. Leave to simmer for 10-15 minutes. Spoon the rhubarb on top of the cheesecake.

Keep the remaining cooking juicing from the rhubarb, allow to cool, and serve in a jug alongside the cheesecake.

Check out Clodagh McKenna's website and Facebook page for culinary tips, recipes, and food travels.
Originally published in 2014. Updated in 2021.