Young children should eat just half a biscuit or three individual potato chips a week, the Irish Government said. 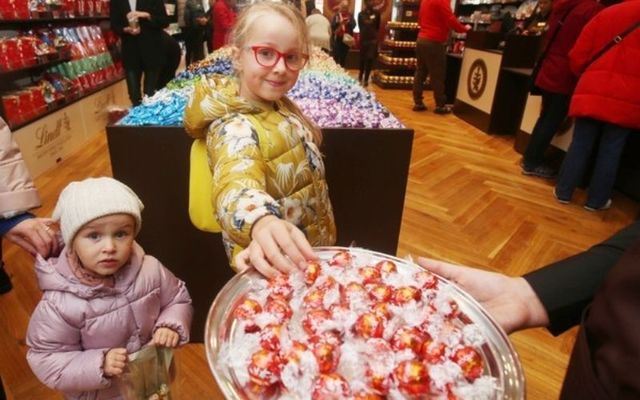 Young children should eat just one square of chocolate per week, according to the Irish Government's new healthy eating guidelines.

The Department of Health launched its first-ever National Healthy Eating Guidelines on Thursday, which outline which foods children aged between one and four should avoid.

The guidelines advise parents with children in that age bracket to give their kids tiny portions of unhealthy foods, suggesting half a biscuit a week or three individual potato chips.

The new guidelines advise giving children three small meals a day in addition to two or three healthy snacks since children have "small tummies" at that age.

Any foods high in fat, sugar, or salt, should be limited to one "tiny" portion a week, the guidelines say.

The guidelines noted a difference between the dietary requirements young children aged one or two and those aged three or four.

The Department of Health is also encouraging parents to supplement their children with five micrograms of Vitamin D per day between October and March.

Minister for Health Stephen Donnelly said that the new guidelines would enable parents and childcare workers to provide young children with the correct nutrients, setting them up for a healthier life.

"We all want to give our children the very best start and helping them to establish a healthy relationship with food is something that will benefit them for their entire lives," he said.

"The early establishment, and fostering of good nutritional habits in a nurturing, caring society, will provide an excellent foundation for the future health of our nation's children."