This year's 10 best restaurants in Ireland, according to Trip Advisor. 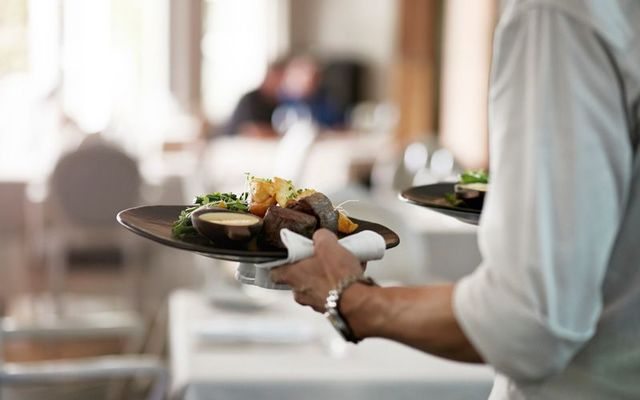 A hotel restaurant in Co Kerry has been voted Ireland's Best Fine Dining Restaurant for 2021.

Rozzers Restaurant, which is located within the family-run Kileen House Hotel in Aghadoe, County Kerry, has replaced the Michelin-starred Dublin restaurant Chapter One as Ireland’s best fine dining restaurant.

Geraldine Rosney opened the Killeen House Hotel with her husband, Michael, in 1992. Since her husband’s retirement, she has been running the business with their daughter Michelle.

The restaurant, which combines modern Irish and classic French culinary styles, is run by Head Chef Paul O'Gorman, and boasts a five-star rating from over 800 reviews, the Irish Mirror reports.

Due to Covid restrictions, the restaurant was open only between July 2nd and October 13th of last year, during the qualifying period. It reopened last month, serving dinner to residents only.

At #Rozzersrestaurant we hate to see our guests go hungry or thirsty....

In second place was Mulcahy’s Bar and Restaurant, located in Kenmare. Vegetarian restaurant Paradiso, in Cork came in third.

A TripAdvisor spokesperson told The Irish Times: “Although dining out was significantly down in 2020, people still ventured out and also enjoyed takeaway from their favorite restaurants and continued to leave feedback for the restaurants they loved (and the ones they didn’t) on Tripadvisor.

“There were, of course, fewer reviews in 2020 than in 2019, but Tripadvisor still received millions of reviews for restaurants in 2020, so it’s important to recognize the ones that travelers loved the most during that time.”

The Traveller's Choice awards are calculated based on the quality and quantity of traveler reviews and ratings for restaurants on TripAdvisor collected from January 1, 2020 - April 30, 2021, as well as an additional editorial process.

The full list of award winners can be found here.