Fairytale of New York should not be banned, say IC readers

IrishCentral readers have shared their opinions about Fairytale of New York after a British DJ said he was going to ban it from his show. 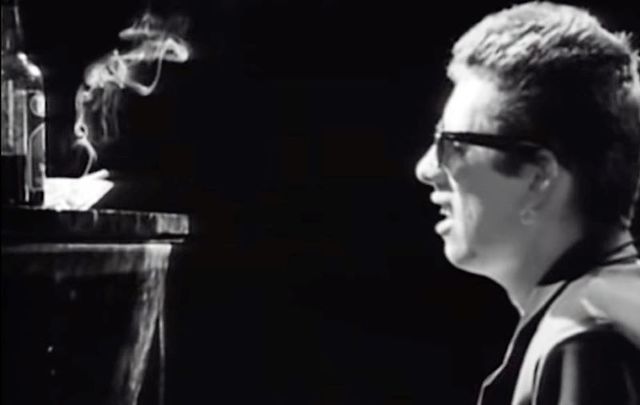 Fairytale of New York should not be banned, say IrishCentral readers overwhelmingly. The Pogues Official, YouTube

Fairytale of New York does not need to be banned or censored, say IC readers

Christmas is almost here so that means it's time for another Fairytale of New York debate, which was kicked off last month by a radio DJ in the UK.

Alex Dyke, a BBC Radio Solent DJ, said he would no longer be playing the iconic Christmas song on his radio program, slamming it as “downmarket chav bilge.”

The Independent reports that Dyke said in a now-deleted tweet: “Radio, let’s ban ‘Fairytale of New York’ this Christmas!

“You’re a sl*t on junk, you scumbag, cheap lousy f****t’ – is this what we want our kids singing in the back of the car?

“It’s an offensive pile of downmarket chav bilge. We can do better!”

Later on his radio show, Dyke said that he would no longer be playing the song: “I hope I’m not going to ruin your Christmas, but I’ve decided that I am no longer comfortable with playing Fairytale of New York by The Pogues and Kirsty MacColl.”

So we asked our readers in a poll - should "Fairytale of New York" be banned?

More than 200 IrishCentral readers voted in our latest poll and the results were staggering: 98 percent of respondents said that the song should not be banned, and less than two percent said it should be banned.

Here is a selection of some of the responses we received:

They are two characters in the song speaking, not the feelings of the singer. A movie wouldn't get banned because someone used a slur in it and neither should the song.

It tells a tale in a raw, emotional way- not all immigrants "make it!" It speaks to abject failure but "he" never lost sight of "her" dreams. It is a really poignant tale!

It speaks to a certain tme, but still relevant today. It's about redemption

While we all like to think that Christmas is an extra special time of the year, for a lot of people, this is NOT true. It's a time to incur debt for presents, a time to be with family you don't get along with and especially stressful because you're not have the extra special time you're supposed to be having. I think "Fairytale of New York" is far more realistic than "It's the Most Wonderful Time of the Year."

Good song, for some people it is reality. The other side of Christmas!

It doesn’t paint a pretty picture, that’s the point. Not everyone has the good fortune of a fairytale Christmas. It’s raw and real for some people. Take your head out of your arse.

It is a beautifully written and sung ballad about a failed relationship. That verse although offensive is not meant to upset people, rather to show a glimpse of the turbulent relationship while the two fell out of love.

I think Shane puts it so succinctly in his response. The song evokes the historical experience of many immigrants from different cultural backgrounds who came to the Americas hoping for a better life. Nothing wrong with kids understanding that life was tough for many of their ancestors. It conjures up feelings of sadness and empathy, nostalgia and appreciation. A beautiful Holiday song!

It’s life. Christmas is fantasy. Both have a place in the description of the human condition.

The results aren't all that surprising considering last year, we asked IrishCentral readers whether or not the song should be censored and readers similarly said no. At the time, people were calling for the song to be censored due to its use of the word "faggot."

Shane MacGowan, frontman of the Poges, explained last year: "The word was used by the character because it fitted with the way she would speak and with her character. She is not supposed to be a nice person, or even a wholesome person. She is a woman of a certain generation at a certain time in history and she is down on her luck and desperate.

“Her dialogue is as accurate as I could make it but she is not intended to offend!”

There ya have it folks - no censorship, no ban! Listen to Shane MacGowan and Kirsty MacColl crooning away until Christmas:

What's your favorite Christmas song? Let us know in the comments!