Despite his Hollywood fame, Irish star Cillian Murphy has never gone in for the celebrity lifestyle. He and his wife Yvonne McGuinness largely avoid the spotlight. 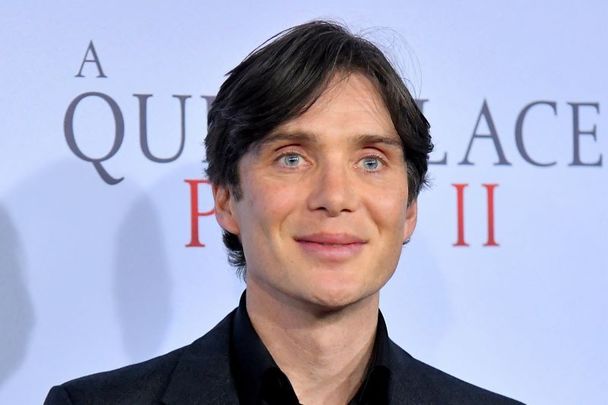 Cillian Murphy has been married to Kilkenny-born artist Yvonne McGuinness since 2004. The couple has two sons together, Malachy (born in 2005) and Aran (born in 2007).

The couple returned to Ireland to live in 2015 because they wanted their children to be Irish.

In 2015, Murphy and McGuinness bought a nearly $2 million home in the south Dublin suburb of Monkstown. The actor told the Guardian at the time that the move back to Ireland from England felt "natural."

Murphy also explained that it was McGuinness who was pushing for the move, "Initially, I was the reluctant one when it came to moving back, but I was quickly convinced. Irish people are brilliant and you have to go away and come back to realize it."

In a separate April 2016 interview with the Guardian, Murphy talked about how he and McGuinness moved to London while they were in their 20s. They lived in the city's historically Irish district of Kilburn. Murphy had told Time Out in 2013 that he and McGuinness had never planned to move to London when they first arrived.

Murphy expanded on his reasons for returning to Ireland, "We wanted [the couple's children] to be Irish, I suppose. It’s amazing how quickly their accents have adapted. Even within a year of moving back, they are fading into this rakish west Brit kind of thing. Which I think, hopefully, will get them lots of girls when they’re 15."

In 2002, Murphy met McGuinness while he was promoting his movie debut "Disco Pigs." Murphy told the Guardian about this "important period" saying, "That time, making 'Disco Pigs,' was kind of the most important period of my life. The people I met there remain my closest friends... They shaped me in terms of my tastes, in terms of what I wanted to do with my life.

"And it was around the same time I met my wife. She came on tour with us. It was so exciting, 20 years ago or whatever it was – we were all just kids, trying to find our way – but such a special, special time."

McGuinness continued to remain by her husband's side as his star continued to rise. In 2005, while Murphy was filming "The Wind that Shakes the Barley" in West Cork, the couple lived with his parents. Murphy is a native of Ballintemple in Cork. He told the Guardian about this period in 2006 saying, "I was living at home with my folks; my wife was pregnant with our son, and we were running around the hills of West Cork shooting up Black and Tans. Fantastic!"

The couple was wed in the summer of 2004 at McGuinness' father, Gay's, vineyard in Provence, in southeastern France. Gay McGuinness has owned the Domaine de Notre Dame des Anges vineyard since 1990. The Irish Independent reported in April 2002 that Gay McGuinness first became involved in the vineyard in 1984 and bought out his business partner in 1990.

Yvonne McGuinness is a Royal College of Art graduate

According to her official website, McGuinness got her Master's degree from the Royal College of Art in London in 2003. That same bio reads, "McGuinness has an interest in embodied experience of place and reimagining the every day by devising projects that create surreal and dynamic moments of interaction and connection to place, time and communities." McGuinness adds that she uses sculpture, video, photography and writing for her artwork.

On her Facebook page, McGuinness says that she also studied at the Cork Institute of Technology.

McGuinness described her artistic state of mind in a 2013 blog post for Fractured Air writing, "I try to be an artist but most of the time I lament on not being one but then I see certain shows and I think there’s a place for me and desperately want to make things."