New Spotify podcast "Son of a Hitman" investigates the criminal charges of Charles Harrelson, the father of actor Woody Harrelson. 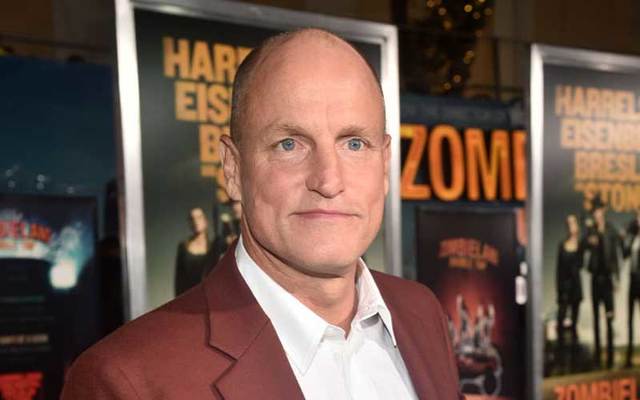 There have been rumors that Charles Harrelson, a professional gambler and hitman convicted of multiple murders, was involved in President John F Kennedy’s assassination.

The 10-part podcast series, "Son of a Hitman,"  is hosted by journalist Jason Cavanagh, who is joined by Woody’s brothers, Brett and Jordan.

“It’s important for me to expose the magnitude of how corrupt this trial was and how my father, Charles Harrelson, didn’t receive a fair trial,” says Brett, who has questions about his father’s guilt.

Woody Harrelson did not participate in the podcast, although his brothers will share archived interviews with the actor.

In 1979, Charles Harrelson was arrested for the assassination of U.S. District Judge John Wood Jr.  and sentenced to two life terms for the murder, EW reports.

Harrelson had previously been acquitted in 1970  for the 1968 murder of Alan Berg, a carpet salesman. He later was convicted of the 1968 murder of Sam Degelia Jr, a grain dealer, and sentenced to 15 years, but only served five years and was released in 1978.

After attempting to escape the Atlanta Federal Penitentiary in 1995, he was transferred to Supermax prison ADX Florence in Florence, Colorado.  Harrelson was 68 when he died of a heart attack in the prison in 2007.

“Do I think he killed people while he was here on the planet? I for sure do,” said Brett Harrelson, on the first episode. "How many it might be, I can only imagine.”

He does, however, question the fairness of his father's trial.

In the podcast, Brett explains why Woody doesn’t talk about their father. “My mother and Woody, I can just tell their opinion is they don’t want to talk about it because it’s a personal private matter.”

Charles Harrelson has become the subject of several conspiracies over the years and much of his life has now turned into myth.  Charles, who had alleged ties to organized crime in Texas, once claimed to have assassinated John F. Kennedy. He later denied the claim. And then in 1997, Woody Harrelson told Barbara Walters in an interview that he believed his father was a CIA operative, adding to the speculation.

Jason Cavanagh hopes the podcast will separate fact from fiction.

He told Oxygen.com: "The most recent of these cases took place just over 40 years ago, and yet there's still a shroud of mystery surrounding Charles Harrelson. Two of the people who I met with over the course of this investigation have already since passed away, and so now is really the last chance to speak to some of the people who were involved in these cases, firsthand. Charles' sons realized that they still had questions about their dad, over 10 years after his death, and if we don't get answers now, we may never know the truth."

The first two episodes of the podcast are now streaming on Spotify. New episodes drop every Tuesday.