"Why Can't We?," published by Hot Press magazine in Ireland, tells the story of Dolores O'Riordan and the conception and rise to fame of The Cranberries. 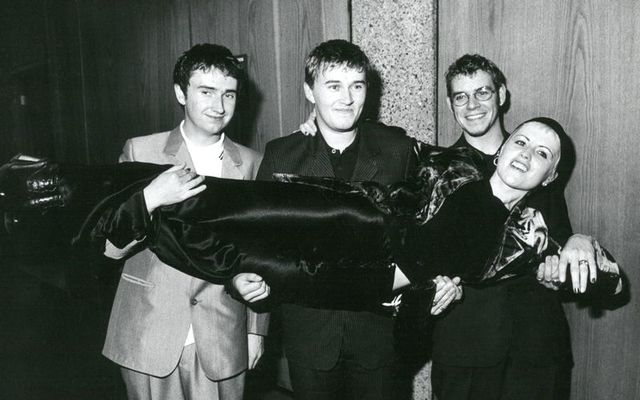 A rare photo of The Cranberries. Cathal Dawson.

"Why Can't We," a new book about Dolores O'Riordan and The Cranberries, is now available for preorder.

The book, published by Hot Press magazine, will come in two formats, including a Deluxe Platinum Limited Edition signed by the band members.

Hot Press magazine says the new book "documents the birth and extraordinary rise of a band that made a city – indeed the entire county of Limerick, in the southern part of Ireland – proud, and through such instantly recognizable hits as ‘Linger’, ‘Dreams’, ‘Zombie’ and ‘Ode To My Family’ helped to soundtrack the lives and loves of millions of people all over the world."

The publication of "Why Can’t We?" is fully supported by The Cranberries and by the estate of Dolores O’Riordan. 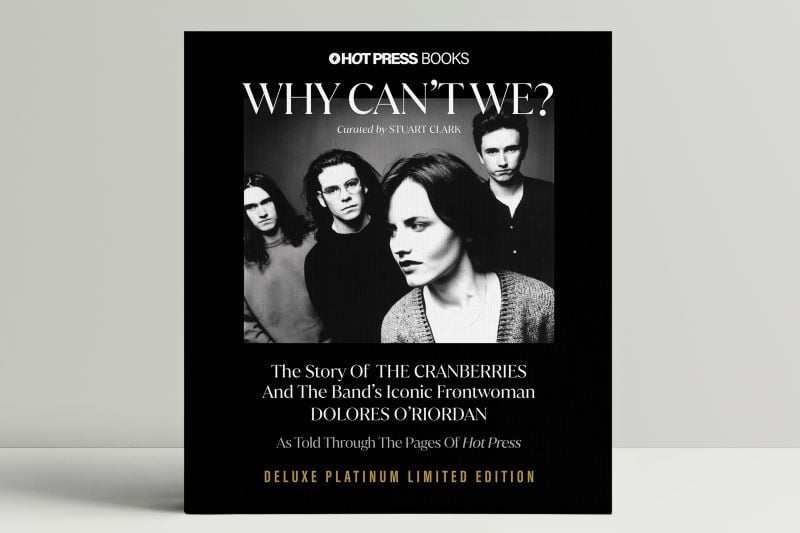 The cover of "Why Can't We" from Hot Press Books.

"Why Can't We?" is curated by Stuart Clark, the Deputy Editor of Hot Press magazine, and will be available in two formats.

The large-format Deluxe Platinum Limited Edition, limited to 1,000 copies, will be personally signed by individual members of The Cranberries, Noel Hogan, Mike Hogan, and Fergal Lawler, as well as by Dolores' mother Eileen O’Riordan, who will sign on Dolores’ behalf.

In addition, every pre-purchaser of this very special edition will have their name included in the book as an Executive Producer. 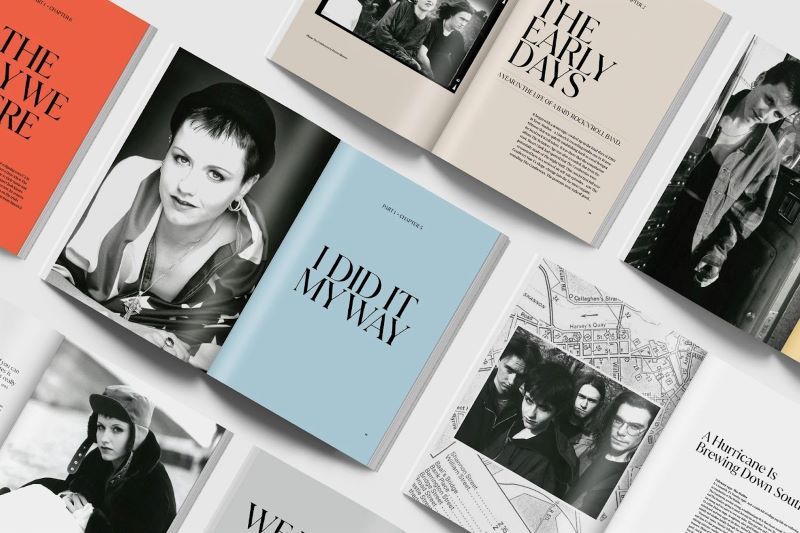 Inside "Why Can't We" from Hot Press magazine.

Niall Stokes, editor of Ireland's Hot Press magazine said: “We covered every step of The Cranberries’ – and Dolores’ – journey in Hot Press.

“The magazine has always enjoyed a very close, personal working relationship with The Cranberries crew. It is fantastic that this will now be immortalized in 'Why Can’t We?,' with the full support of the band and of Dolores’ estate. Fans can rest assured: it is going to be an extraordinary and very beautiful, must-have book.”

Noel Hogan of The Cranberries said: “Stuart Clark wrote the first press release that we ever did, as The Cranberry Saw Us, so it will be great to see his name on what promises to be an absolutely brilliant, blow-by-blow account of the incredible adventure we embarked on, all those years ago.

"We’ve always had a fantastic relationship with Hot Press, so I think fans are going to really relish re-living all of the highs, as well as the sadness and the pain, as told through the pages of the magazine.”

Dolores’ mother Eileen added: “This is a unique and fascinating way to tell the story of the band, and of Dolores’ solo musical exploits. I think she would be delighted with it.”

"Why Can't We? – The Story Of The Cranberries and the Band’s Iconic Front-woman Dolores O’Riordan" is now available for pre-order at shop.hotpress.com.