Who was Cathriona White? 6 facts you need to know about Jim Carrey’s late girlfriend

Ex-husband and mother of Tipp woman re suing Carrey citing evidence that she used prescription drugs belonging to Carey to take her life. 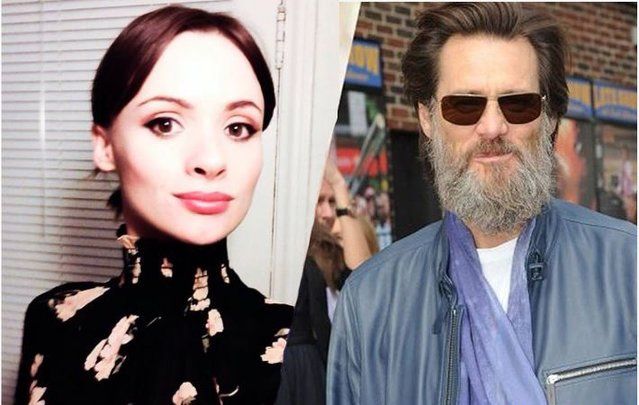 Jim Carrey is currently being sued by the estranged husband and mother of Cathriona White, his former girlfriend who died by suicide in September 2015.

White, who was 30 at the time of her death, was originally from County Tipperary and had been living in Los Angeles and working as a makeup artist. She and Carrey had an on-again-off-again relationship in the three years leading up to her death

While White’s family and Carrey initially comforted each other in the wake of the tragedy - he traveled to Tipperary for her funeral, helped to carry her coffin, and was seen holding hands with her family members - White’s estranged husband, Mark Burton, and mother, Brigid Sweetman, have both brought wrongful death suits against Carrey in violation of the Drug Dealer Liability Act.

The official report from the Los Angeles County Coroner’s Office stated that White died from a lethal cocktail of prescription drugs including zofran, propranol, percocet and ambien, which White’s relatives believe she obtained from Carrey’s home. They also allege that Carrey gave White three sexually transmitted infections - herpes type 1 and 2 and gonorrhea, and that he pressured her to sign a contract barring her from teling anyone about the STIs.

“A man that will give your daughter three STDs, lie about it, call her terrible names and demean her, use his high-priced lawyers to try and shut her and her family up, and then give her illegal drugs."

Carrey maintains his innocence and has insisted that the trial go to court. He has accused Burton and Sweetman, both of whom were estranged from White, of trying to profit over her death.

"What a terrible shame. It would be easy for me to get in a back room with this man's lawyer and make this go away, but there are some moments in life when you have to stand up and defend your honor against the evil in this world," Carrey, 54, said in a statement obtained by People.

"I will not tolerate this heartless attempt to exploit me or the woman I loved," he continued. "Cat's troubles were born long before I met her and sadly her tragic end was beyond anyone's control."

As each side makes their case and speaks with the press, it’s all too easy to forget that at the center of this is a woman who had her own rich life and story, and who was mourned deeply by her friends and family.

Here are six things to know about Cathriona White.

She was from Cappawhite in Co. Tipperary, a small town of less than 400. Growing up, she played camogie with the Cappawhite Ladies GAA Club, who would form an honor guard at her funeral. She remained an avid GAA fan while in the US, often posting about games on social media and even getting Carrey interested.

White cared greatly about her family, often posting photos of her seven nieces and nephews to her Instagram account. She had a brother and sister, James and Lisa, two half-sisters, Sarah and Larina, and a stepbrother, Tadgh. She was also mourned by her step-mother, Brid. She had been especially close to her father, Pat, who died of cancer exactly three years before the day she took her own life.

She moved to Los Angeles to pursue her goal of becoming a makeup artist. She was a talented stylist, photographer and makeup artist, working on a number of high-profile shoots with stars like David Hasselhoff and Lyndie Greenwood. She shared a lot of her work and her own looks on her Instagram page, and Carrey himself would frequently post her photographs on his Twitter account.

Your true self is unfathomably immense, and I mean that as a compliment. ;^P (photo by Cathriona White) pic.twitter.com/uRHUYWE7VL

She was an undocumented immigrant. For her first years in the US, White is believed to have been undocumented, which tragically meant that she was not able to return to Ireland for her father’s funeral without risking being denied re-entry to the US. White gained legal status when she married Mark Burton, a Hollywood cameraman, in 2013 at a Las Vegas ceremony. Carrey has alleged that the marriage was strictly so that White could get a greencard, that most of her friends did not even know about it, and what White had begun preparations for divorce prior to her death.

She studied Scientology. White’s former husband, Mark Burton, is a Scientologist, and White herself also took an interest. Journalist Tony Ortega, who has written at length about the Scientology community, who first broke the news about Cathriona’s practice.

“I was contacted by a couple of Scientologists who go under the radar and keep me up to date on what is going on inside,” he told the Daily Mail. “They called me and told me Cathriona White was a Scientologist. They were absolutely shocked by her death. They told me they knew Cathriona very well.”

White and Carrey met on a film set in late 2012. They dated for several months before breaking up in March 2013. They reconnected in March 2015, and were seen together around Los Angeles just a week before her death. However, based on messages exchanged between the two it’s believed that they had split up again a few days prior.

She left a note for him, which was found after her death. It read:

“I am shocked and deeply saddened by the passing of my sweet Cathriona.

“She was a truly kind and delicate Irish flower, too sensitive for this soil, to whom loving and being loved was all that sparkled.

“My heart goes out to her family and friends and to everyone who loved and cared about her. We have all been hit with a lightning bolt.”

Read more: Jim Carrey trial over death of Tipperary girlfriend to go ahead