From the Crips and the Bloods, to tap dance to Irish Sean-Nós...or is it just me? 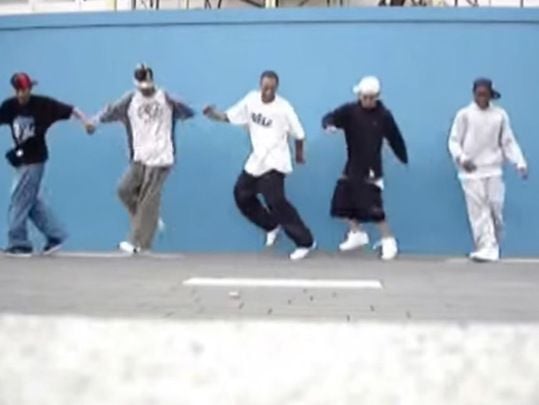 From the Crips and the Bloods, to tap dance to Irish Sean-Nós...or is it just me?

There’s something just brilliant about this video, a kind of mash-up, featuring some kids crip walking to the sounds of Irish trad music, specifically the Clancy Brothers.

It’s a case of pleasure in the juxtaposition of the sound and images but you’ve got to say...it works!

The YouTube user Rikki Rozelle posted this clip titled “Celtic Walk” back in Feb 2014 saying “we came across the clip of these kids crip walking and thought it would be funny with some Irish music; and it was...AWESOME!!” So far almost two million viewers agree.

Although city kids – possibly from Los Angeles – doing a crip walk to Irish trad music does seem off-beat or out of place, it really does work, but then when you think about it there could be a reason behind this.

The dance they’re doing is called the crip walk, or the C-Walk. Apparently it originated in the early 1970s when the Crips, the gang members in South Central Los Angeles, performed this quick intricate footwork which was adopted by various rappers.

What struck me about the video was that the fancy footwork isn’t’ that far away from tap dance.

Check out these moves:

And then there is the old traditional style of Irish dance known as Sean-Nós. This dance (which also by the way originated on west coast...of Ireland) is a low-to-ground stepping-out to the music – very relaxed, similar to tap dance.

When you watch this amazing video of the super-talented Tom King, filmed in the 1970s you can’t deny there’s some similarity between his Sean-Nós moves and the crip walk.