Rare clip of Irish rockers U2 performing in 1980s Dublin

This clip, provided by the Irish Film Institute, of U2 performing '11 O'Clock Tick Tock' in 1980s Dublin is wild. 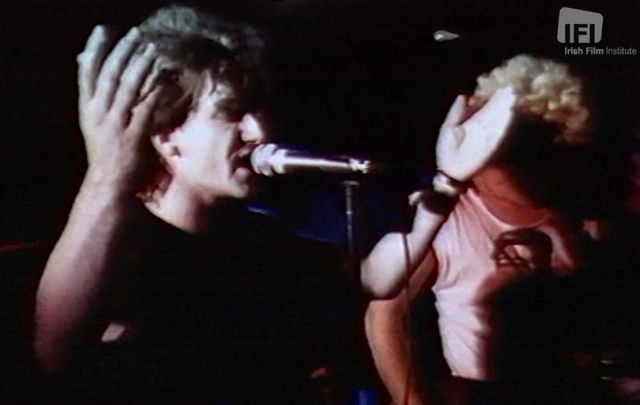 This rare clip of U2 from the 1980s proves how far the Irish rock band has come. Irish Film Institute

This rare clip of U2 from the 1980s proves how far the Irish rock band has come.

Before Bono was one of the most recognizable faces in the world and was spending his time hanging out with Presidents and trying to save the world, he was already doing his bit to make lives better on a smaller scale, as can be seen in this fantastic rare clip from 1982.

Read More: Was Ireland a good tourist spot in the '80s?

Below is just one of three rare U2 clips which form part of the outtakes for Sé Merry Doyle’s documentary “Looking On,” available on the IFI player.

While already two studio albums in and beginning their world domination, the band still had plenty of time for their home city of Dublin, becoming involved in the “Looking On Festival” in the early 1980s, an event spearheaded by community activists in Dublin’s north inner city.

This performance of “11 O'Clock Tick Tock,” full of questionable Irish dancing skills but plenty of energy to make up for it, was not included in the final documentary but it showcases the very best of what made U2 so famous: their energy, passion, and a die-hard fanbase ready to join in.

Combining impromptu interviews, photography, music and archival footage, the observational documentary “Looking On” tells the story of the local working-class community’s attempts to negotiate issues of housing and urban development with Dublin Corporation, through the vehicle of an arts festival.

The gatekeepers of the community are introduced, resisting the might of the encroaching developers: families of street traders fight market closures; activist Mick Rafferty voices concern about Dublin Corporation; and Christy Flood, the last occupant of the Gardiner Street tenements, fights to retain his homestead. It also shows locals looking on as the tenements are demolished and the city transforms around them.

Most importantly, Sé Merry Doyle offers a vital study over a definitive period in Dublin’s history, asking us to question the function of a city and the vital role of communities. You can watch the whole documentary here or view the U2 clip below.