What was the real after effect of the 1916 Easter Rising on Ireland? This collection of short films looks at what the rebellion left in its wake. 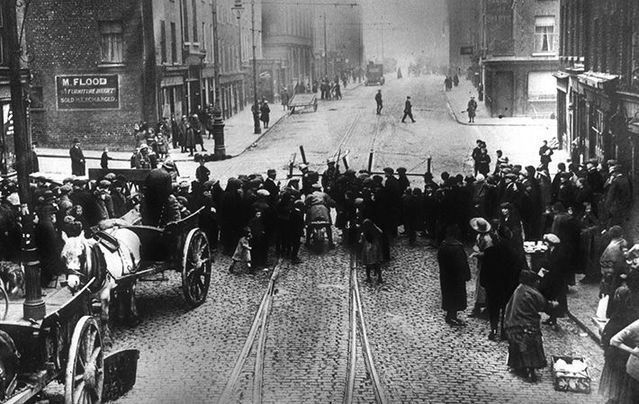 British police mount a roadblock to support a search in Dublin during the 1916 Easter Rising. NLI

What was the real after effect of the 1916 Easter Rising on Ireland? This collection of short films looks at what the rebellion left in its wake.

The 1916 Easter Rising is approaching its 103rd anniversary in two week's time. Yet as one of the most important events in Irish history, the shockwaves of its impact on Ireland have only recently been discussed.

Three years ago, as we celebrated its centenary year, the Easter Rising and its effects on Ireland in the hundred years that followed were widely discussed, looking especially at how it had shaped Ireland of today.

As part of this discussion came "After '16," a selection of short films of various styles and formats that addressed different aspects of the Rising and the way in which its impact can still be felt.

"After ’16 is a creative response by Irish filmmakers in 2016 to the events of Easter 1916 and what was left in its wake," states the IFI. Commissioned by Screen Ireland/Fís Éirean, the programme includes fiction and non-fiction, live-action and animation, contemporary and period pieces.

"This collection of nine short films is a mixture of live-action, animation and documentary, and tells stories from the eve of the Easter Rising, all the way to the Troubles in 1970’s Northern Ireland and beyond."

The After'16 Short Film Collection from IFI PLAYER on Vimeo.