"All That You Can't Leave Behind" is the only album in history to have two different tracks win Record of the Year at the Grammys. 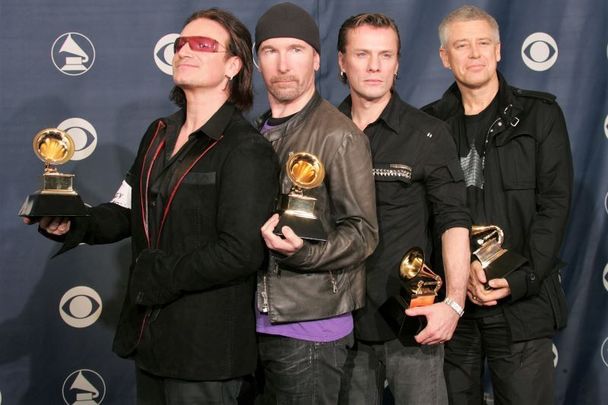 U2's album, All That You Can't Leave Behind, reached number one in 32 different countries. Getty

U2 have released a special 20th-anniversary edition of "All That You Can't Leave Behind", one of the band's most famous and popular albums.

The anniversary has been released on multiple platforms and features an additional track, "The Ground Beneath Her Feet".

All 11 original tracks from the album have been remastered on all platforms, with hits like "Beautiful Day", "Elevation", and "Stuck in a Moment You Can't Get Of" sounding better than ever before.

The band has also released a super deluxe boxset across all formats to celebrate the 20th anniversary of their 10th studio album.

The 51-track super deluxe boxset includes a 32-page hardback book by Anton Corbijn, a longtime friend and collaborator with the band, The book features never-before-seen images of the band and Corbijn's handwritten notes.

Several remastered B-sides are included in the boxset's bonus tracks, while the entire 19-track concert from the Elevation Tour at the Fleet Center in Boston is also included.

The bonus tracks also feature 11 remixed songs, including four previously unheard remixes that were unearthed in the band's Dublin archives.

"All That You Can't Leave Behind" was a smash hit for U2, reaching number one in 32 different countries and scooping seven Grammy Awards.

It is the only album in history to have two different tracks win Record of the Year at the Grammys, with "Beautiful Day" scooping the 2001 award and "Walk On" taking the prize in 2002.

The band brought Dublin City to a standstill when they released the album in 2000, arriving at the Clarence Hotel in Dublin to perform Beautiful Day for Top of the Pops and drawing thousands of fans onto the streets of Dublin.

U2 celebrated the 20th-anniversary of the album by live-streaming their Elevation Tour concert performance from Boston in 2001. The Edge and Adam Clayton also held a Q&A on Friday evening, which is available on-demand until the end of the weekend.