From Friel to Beckett - the greatest Irish plays

Choosing the best Irish plays from the land of saints and scholars is a tricky task... We gave it a shot! 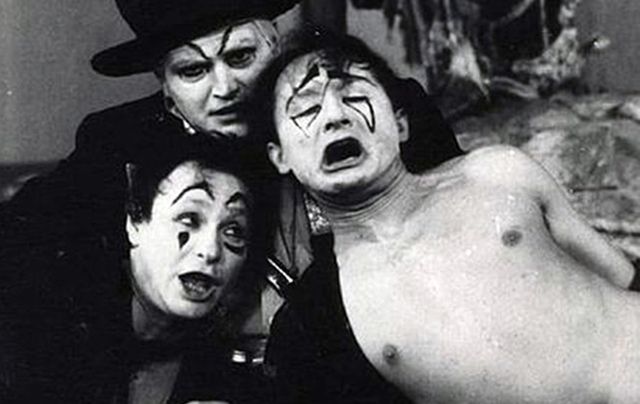 A 1992 production of Samuel Beckett's 'Waiting for Godot."

Choosing the best Irish plays from the land of saints and scholars is a tricky task... We gave it a shot

Ireland, the land of saints and scholars, no doubt punches above its weight when it comes to literature and the arts and so choosing the best Irish plays is a tricky task.

Rating plays is, of course, a subjective pastime, but there is no doubt that the Irish have produced some amazing works.

Here is our take on the top Irish plays of all time:

Dancing at Lughnasa by Brian Friel

Brian Friel’s amazing look at religion and superstition in a little Donegal village took Broadway and London's West End by storm after opening in the Abbey. Don't watch the film version!

Thomas Murphy’s dark, intense, brooding, but utterly attention-grabbing 1968 play. The despair and darkness is a wonderfully imagined look of that period.

Waiting for Godot by Samuel Beckett

Samuel Beckett redefined the art of playwriting with this Nobel rated work. Its character's journey towards nihilism and despair captivated the world. “That passed the time – it would have passed anyway.”

The Plough and the Stars by Sean O'Casey

Sean O'Casey’s fierce anti-war polemic set around the time of the Easter Rising 1916. A play that catapulted him into the top echelon of playwrights in the world.

Playboy of the Western World by John M Synge

Brian Friel – again – on the fated encounter between the occupied Irish and British occupiers as expressed in how they used their different languages against each other.

The Field by John B Keane

JB Keane’s amazing take on the vital nature of land ownership in rural Ireland and how far some will go to retain it. Also a successful movie with Richard Harris

By the Bog of Cats by Marian Carr

By Marian Carr, a retelling of the Medea Greek tragedy by Euripides set in contemporary Ireland was a huge hit on the West End London stage.

The Importance of Being Earnest by Oscar Wilde

'A trivial comedy for serious people': Oscar Wilde’s farcical take on English high society mores and obligations also occasioned his downfall when his homosexuality was revealed by a rival after the play became a huge hit. Still regularly revived across the world.

The Borstal Boy by Brendan Behan

By Brendan Behan, an autobiographical play about the author's time in juvenile prison in Britain. Funny, yet deeply moving, it made Behan’s reputation.

What other Irish plays would you add to this list? Let us know in the comments section below.