Top Christmas movies of our time - which is your favorite?

Huddle up by the glow of the fire and the Christmas tree and watch one of these 'feel good' favorites. 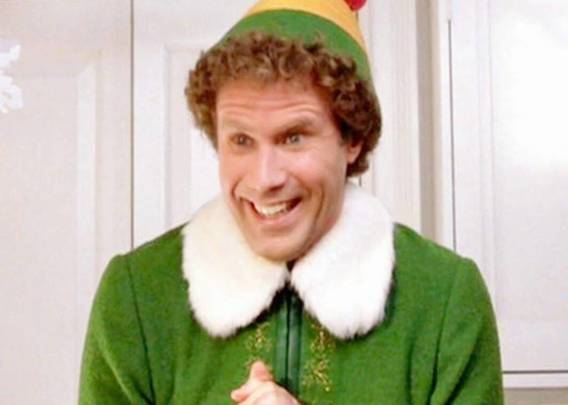 "Santa! Oh my God! Santa's coming! I know him! I know him!" Elf, one of the sweetest Christmas movie.

Is there anything better than the lead-up to Christmas when you can curl up and feel festive by watching a ton of Christmas movies?

There are plenty of great Irish ones to chose from on Netflix as well as this great comedy show, Derry Girls, and a lovely watch, Angela’s Christmas, from the writings of Frank McCourt but if you're looking for the very best of Christmas films, we feel these are the best.

Here are some of our favorites acted and created by the Irish and Irish Americans:

Will Ferrell’s character, Buddy the Elf, has become a famous Christmas character and his movie, Elf is beloved by all ages.

The movie tells the story of Buddy (Ferrell) who travels from the North Pole to New York City to find his birth father. Since its release in 2003, it has been a classic.

This is a 1947 Christmas Classic staring our own Maureen O’Hara. The movie tells the tale of a group of people who are left wondering whether or not a department store Santa is the real deal.

How the Grinch Stole Christmas

This 2000 live-action film version of the Dr. Seuss book was a massive success. With Jim Carrey playing the Grinch, and direction from Ron Howard, they managed to fit in most of Dr. Seuss' original rhymes from 1957. The movie spent four weeks at #1 in the U.S.

This is the actual film the famous White Christmas came from. It tells the story of a jilted fiancé (Bing Crosby) who gives up show business to run a farm. Finding farming a bit tough he opens the Holiday Inn, staging shows on national holidays.

The 1942 movie stars Bing Crosby and Fred Astaire with 12 original pieces from Irving Berlin written specifically for the movie including White Christmas.

Murray plays a mean, grumpy TV exec who is visited by three ghosts like in the original story. The marketing team used Murray’s prior history and involvement in The Ghostbusters to sell the movie.

The U.S. tagline read, “Bill Murray is back among the ghosts, only this time, it's three against one.”

Although it’s not exactly the most family-friendly Christmas tale, it is pretty hilarious and definitely promotes the message of Christmas.

This 1954 movie starring Bing Crosby and Danny Kaye is probably the best known Christmas movie of all time.

It tells the tale of the Christmas holiday misadventures of the Stone family in a small New England town when the eldest son brings his girlfriend home with the intention of proposing to her with a cherished heirloom ring.

Read more: The best Irish Christmas songs to get you in the holiday spirit