Tom Hardy has revealed that he channeled Irish UFC superstar Conor McGregor for his role as the titular super-villain in the upcoming Marvel movie Venom. 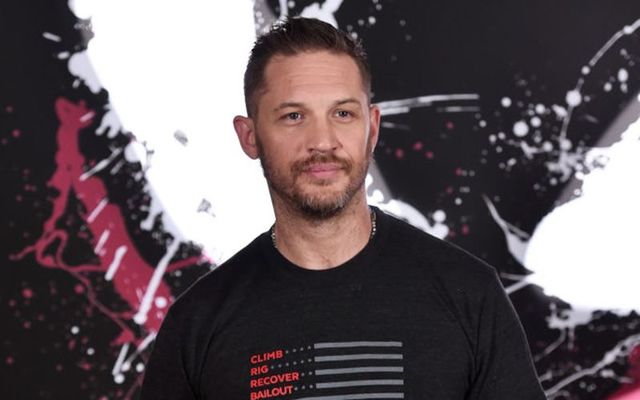 The British superstar drew from a number of quirky inspirations

Tom Hardy has revealed that he channeled Irish UFC superstar Conor McGregor for his role as the titular super-villain in the upcoming Marvel movie Venom.

In a recent Esquire profile, Hardy explained that he channeled “Conor McGregor—the überviolence but not all the talking” as part of his preparation for the role of Venom.

"Uberviolence" is certainly one way of putting it. The Irish UFC star recently took a plea deal stemming from charges in New York after he tossed a steel dolly through a tour bus at a UFC press event in Brooklyn in April. The Dublin native recently announced a return to the UFC octagon for a fight in Las Vegas this fall.

In the film, Tom Hardy takes on the role of Eddie Brock, who transforms into Venom, the arch nemesis of Spider-Man after being bitten by an evil alien symbiote.

In addition to McGregor, the British actor drew on other figures for inspiration. “Woody Allen’s tortured neurosis and all the humor that can come from that...And [rapper] Redman - out of control, living rent-free in his head” helped to create the duality of Eddie Brock and Venom.

Speaking about playing both Eddie Brock and Venom, Hardy said “The character has an ethical framework, the alien by virtue of coming from another planet doesn’t have the same ethical framework, and they have to work out how to be together so they click.”

“It’s like acting out mental illness in some aspects, of which I have a fair understanding, having had a certain amount of mental health problems of my own, which are relevant, being an addict. So I might as well f***ing use it,” he said.

Hardy is no stranger to gritty roles. He co-starred with Irish actor Cillian Murphy in the series ‘Peaky Blinders,’ and worked with director Christopher Nolan on both ‘Inception’ and another superhero film ‘The Dark Knight Rises.’

Venom is set to hit theaters on October 5.

Watch the trailer for Venom below. Do you pick up on any McGregor qualities?