The people have spoken - the most popular Irish movies (VIDEOS)

Some movies are life-long favorites, but what are the most popular Irish movies of all time? 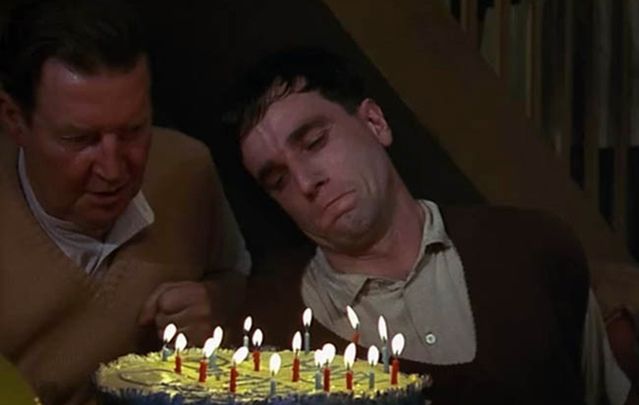 Daniel Day Lewis in "My Left Foot": Some movies are life-long favorites but what are really the most popular Irish movies of all time?

From “Waking Ned Devine” to “The Wind that Shakes the Barley” there are some Irish movies that simply touch a nerve and become life-long favorites, but what is really the most popular Irish movie of all time?

RottenTomatoes, the site that rates movies based on critics' opinions and audience feedback, has the answer.

They compiled a list of the most popular Irish movies and we were pretty surprised by a few of these.

“My Left Foot: The Story of Christy Brown,” directed by Jim Sheridan and starring Daniel Day-Lewis, tells the story of Christy Brown, an Irishman born with cerebral palsy who could only control his left foot. Brought up in a poor, working-class family, Brown grew up to be a writer and an artist.

Although technically a British film noir movie, “Odd Man Out” makes it on to their “Irish” list as it was filmed in Belfast. Based on a novel by F. L. Green and starring a young James Mason, the movie tells the story of an underground nationalist who has to escape the police after he foils a robbery intended to refill the organization's treasury.

As RottenTomatoes puts it, the movie “has a sexy way of making the back alleys of Belfast look like a wintry haven of dregs on the make and angry young men.”

This 1959 Disney movie may be a little twee now, but it holds a special charm that clearly still makes it popular. It tells the tale of a wily Irishman and his battle of wits with leprechauns.

Also, Sean Connery’s attempt at an Irish accent is an embarrassment.

Written and directed by John Carney the low budget indy movie, shot for just $150,000, was a smash hit winning a 2007 Independent Spirit Award for Best Foreign Film. Hansard and Irglová's song "Falling Slowly" won the 2007 Academy Award for Best Original Song and the soundtrack as a whole also received a Grammy Award nomination.

The naturalistic drama stars musicians Glen Hansard and Markéta Irglová and is set in Dublin.

Based on the novel by Roddy Doyle, this beloved Dublin comedy stars Tina Kellegher, Colm Meaney, and Brendan Gleeson. The movie tells the story of the Rabbitte family’s domestic adventures as Sharon, the eldest daughter, gets pregnant.

This moving film is based on the autobiography of Gerry Conlon, who recently passed away. It tells the tale of the Guildford Four, four people wrongly convicted of the 1974 IRA's Guildford pub bombings, which killed four off-duty British soldiers and a civilian.

The movie was originally produced for TV but ended up in the cinema less than a month after it premiered at the Sunday Film Festival in 2002. The movie is about the 1972 Bloody Sunday shootings in Derry when 13 civil rights marchers were murdered by British troops.

This John Ford directed romantic comedy-drama starring John Wayne and Maureen O'Hara was an obvious choice for the list. The film is based on a 1933 Saturday Evening Post short story by Maurice Walsh entitled “The Green Rushes.” It follows the story of an Irish-American whose journey to reclaim his family's homestead is waylaid by a tempestuous fiancée.

Another one based on a novel by Roddy Doyle, the comedy-drama tells the story of a group of working-class Dubliners who form a soul band.

Written and directed by Peter Mullan, the movie is about four teenage girls who were sent to the Magdalene asylums in the 1960s.

Known as "Magdalene Laundries," these institutions were homes for women who were labeled as "fallen" by their families and society and were maintained by Catholic religious orders in Ireland.

Mullan said he made the movie because the women who had suffered at the Laundries had, at the time, received no closure in the form of recognition, compensation, or apology and many remained lifelong devout Catholics.