“Here I am on Broadway” not The Beatles were our background music. 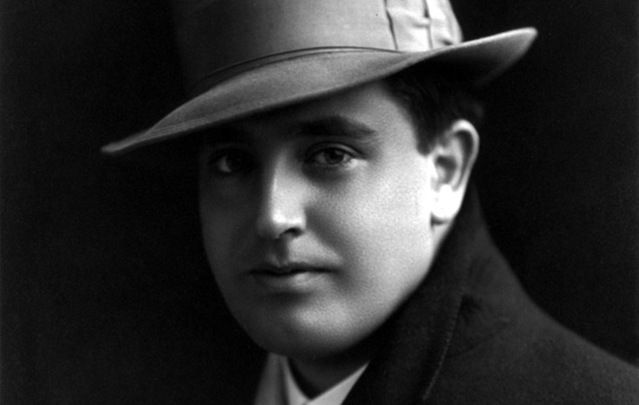 Even by today’s standards, Count John McCormack was a true superstar. Wikimedia Commons

Count John McCormack and my grandfather, Michael Coyle, lived close to each other as young children. Their modest homes were on the Connacht side of Athlone town, in the center of Ireland, along the banks of the beautiful river Shannon. They lived as young boys in a country that had just survived a dreadful famine—a famine which resulted in a great many Irish people having to emigrate to America.

Even by today’s standards, Count John McCormack was a true superstar. His wonderful voice and great charisma captivated his audiences worldwide, and particularly at his concerts in America.

John McCormack was the first person to record “It’s a long way to Tipperary” in 1914. “I hear you calling” was another song he sang regularly, as was “The wearing of the green” – a ballad about the Irish Rebellion of 1798.

My father was also a lovely singer. He taught us many songs when we were young children, growing up in the same house in which my grandfather was born in Athlone, and where I still live.

We had a piano in the sitting room in those pre-television days of the 1950s. John McCormack had recorded “Believe me if all those endearing young charms”. My father loved this song and sang it beautifully. However, the ones we loved best were the emigrant songs—heart-rending songs, written about places to which the Irish had emigrated.

"My feet are here on Broadway this blessed Harvest Morn but, oh, the ache that’s in them for the spot where I was born.” That spot was on the old bog road in County Meath.

Another emigrant, sailing from his beloved Donegal, cared not a whit about the new fascinating surroundings he was going to in America. All that mattered to him was “They’re cutting the corn in Creeslough today.”

These heartbroken Irish men, forced to leave their native country by economic necessity, worked in foreign lands. Yet, in spite of all the attractions there, they yearned to be back home with their own people.

Other popular Irish ballads which we sang were “Forty Shades of Green”, “Galway Bay”, “If you’re Irish Come into the Parlour”, “How Could you Buy Killarney”, “My Irish Molly O” and “Kilkelly”, a ballad about a village in Mayo.

As young children, we loved the pathos of the words in these ballads and sang them continually.

“My mother died last springtime when Irish fields were green. The neighbours said her waking was the finest ever seen. But there was I on Broadway, with building bricks for loads, when they carried out her coffin down the old bog road.”

We wondered did “Johnny” ever send any money home as we sang, “Goodbye Johnny dear, and send us all you can. And don’t forget where ‘ere you go that you’re an Irish man.”

Walking around the streets of Ireland now are men and women from all over the world—forced here by economic necessity. I watch them, lost in thought, and wonder are they thinking of their homeland. Might their fathers and brothers be cutting the corn in their native land today? Might their mother’s funeral be taking place, as they work in our country earning money to send home—like our “Johnny” of long ago?

My neighbor Mary Maguire is aged 66. She is the youngest of thirteen children, most of whom have emigrated to America—some before she was even born. As a teenager she lived out in the country in “the middle of no-where”, she tells me, in rural Westmeath. She loved Christmas because these brothers and sisters returned from New York, Boston and Chicago. Such excitement and joy. Much to Mary’s delight she was allowed go dancing with them--even though she was only sixteen. They went to Roseland, Cloudland, Jetland and Dreamland. They danced to Brendan Bowyer, Joe Dolan and Dickie Rock. Mary loved every minute of all this marvelous excitement. Her sisters had money and style. They talked about “the swinging sixties”, about Elvis, The Beatles and The Rolling Stones. They wore mini-skirts and tights.

After Christmas they returned to America, and poor Mary returned to boarding school where “No one had heard of the swinging ‘sixties--only the dark ages.”

These days, many young Irish people have left home to find work abroad. England, once so far away, now seems nearby. Many are in America and Australia. Modern communication is wonderful. Travel is getting cheaper and faster all the time. This makes a huge difference for present day emigrants. However, whilst parents can Skype their children, can see them and talk to them, of course, it is not the same as having them at home. Hopefully, there will be jobs here for them in the coming years, should they wish to return to Ireland.