The Irish horror film "The Hole in the Ground" starring Seana Kerslake and James Quinn Markey is now on Netflix and Amazon Prime. 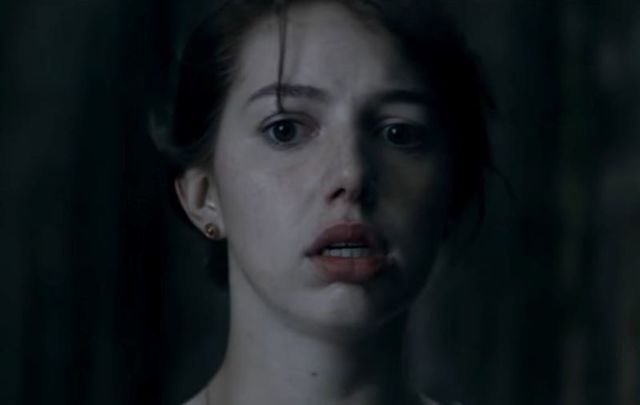 Irish actor Seana Kerslake stars in the horror film 'The Hole in the Ground' A24 Films, YouTube

“The Hole in the Ground,” an Irish film that’s being hailed as the scariest movie of the year, has been added to Irish and UK Netflix, as well as Amazon Prime in the US.

Lee Cronin, who made his feature-length debut in directing the film, announced on Twitter that "The Hole in the Ground" is now available for streaming:

#TheHoleInTheGround emerges from the dirt onto @NetflixUK (& Ireland!) tomorrow Dec 1st. The only way to kick off your Christmas season is to go watch the awesome @SeanaKerslake strongly consider whether her son should be on the naughty or nice list. pic.twitter.com/j1e0W5vvRa

The film stars Irish actor Seana Kerslake, who shot to fame after featuring in the RTE dramedy ‘Can’t Cope Won’t Cope’ and the Irish film ‘A Date for Mad Mary.’

The Netflix description of the Irish horror flick reads: “A young mother [Kerslake] living in the Irish countryside with her son [James Quinn Markey] suspects his increasingly disturbing behavior is linked to a mysterious sinkhole in the forest, and fears he may not be her son at all.”

Over on Rotten Tomatoes, where several critics likened it to 2014's "The Babadook," the Irish production has a “certified fresh” rating of 85 percent,

On Twitter, the film has been receiving high praise as well:

I think it's fair to say that even if I wasn't watching it on my own, with my little boy asleep upstairs, @HITGmovie would still be easily the best Irish horror I've ever seen and the best Irish film fullstop I've seen in ages. @SeanaKerslake carries the lead impeccably

I knew nothing about @HITGmovie going in, and after the first 10 minutes I was getting #babadook vibes. That is my greatest of compliments. The #HoleInTheGround truly deserves all manner of plaudits. Creepy, all the down to the dusty cheese

THE HOLE IN THE GROUND (2019): Out-fucking-standing. A masterful blend of psychological horror and folk-horror, with as good a lead performance by Seána Kerslake as I’ve seen in any horror film from the last decade. Don’t you dare sleep on this one. pic.twitter.com/nsaNblknuT

Watched The Hole In The Ground on Netflix and what a supremely unsettling movie that was, brimming with an atmosphere that gets right under the skin. It’s great and @SeanaKerslake is excellent !

Alright, so The Hole in the Ground is phenomenal. The modern connections and twisted takes on a faerie ring are SOOOOOO GOOOOOOD. Definitely lived up to the hype and @SeanaKerslake absolutely killed it. So so so good, do yourself a favor and watch it then read about some folklore

Currently watching this on Netflix (why oh why right before bed)... if you liked The Witch, Babadook, Hereditary.. then give this a go. It’s pretty masterful stuff - cinematography is rich, sound/score is unnerving and @SeanaKerslake shines https://t.co/YcSOvdlJfX

Check out the trailer for 'The Hole in the Ground' here:

Have you seen 'The Hole in the Ground' yet? Tell us about it in the comments!