"The Haunted Lake" by P.J. Lynch brings together Irish-inspired folklore and masterful illustrations.

In Partnership With:
Candlewick Press 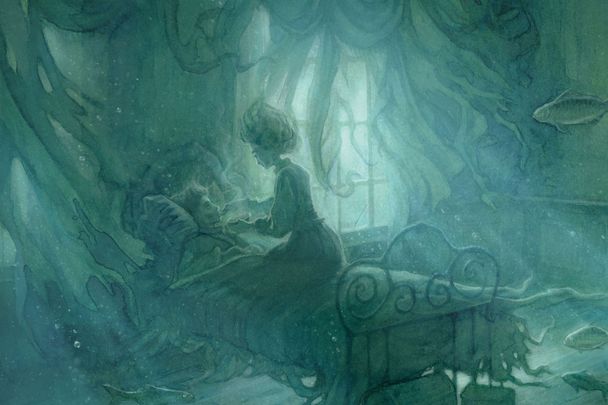 A look inside "The Haunted Lake" by P.J. Lynch Candlewick Press

“The Haunted Lake” has been described as “sublime” by Kirkus Reviews

Reminiscent of ghost stories told around the campfire, "The Haunted Lake" by Belfast-born author and illustrator P.J. Lynch has a distinctly Irish folkloric feel to it, perfect as children embark on the Halloween season.

In “The Haunted Lake,” Jacob and his father are the only people who fish Lake Spetzia, which was formed when the river was dammed and their town was flooded. The villagers say the lake is haunted, but Jacob and his father don’t want to leave, because Jacob’s mother is buried in the cemetery below the water. 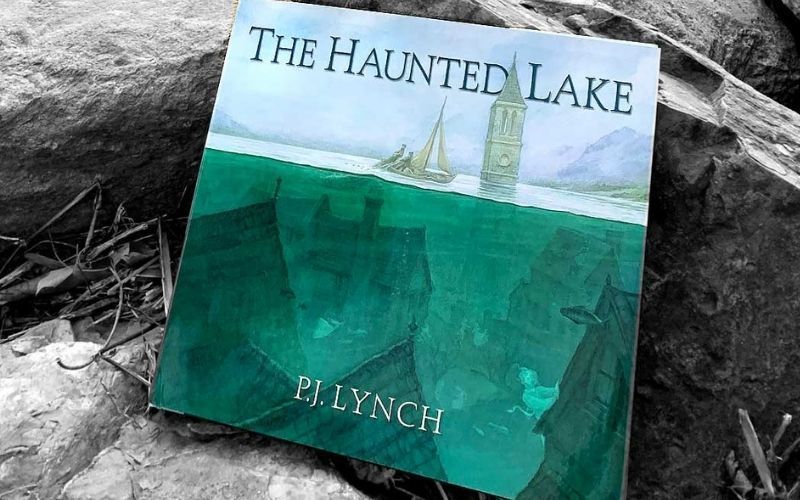 A look inside "The Haunted Lake" by P.J. Lynch

As Jacob grows up, a village girl named Ellen falls in love with him, and he with her. But before they are married, Jacob disappears —lured underwater by the ghosts who inhabit the sunken village.

Years go by, with Jacob held captive by the watery spirits and Ellen never giving up hope that she will find him, until a fateful night when Jacob sees the light of Ellen’s boat floating above. Can he break free and reach the surface? 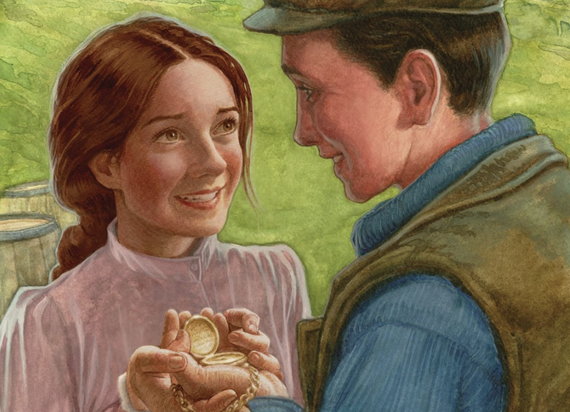 A look inside "The Haunted Lake" by P.J. Lynch.

P.J. Lynch, one of the most accomplished children’s book creators working today, has won the Kate Greenaway Medal twice and the Christopher Medal three times. In May 2016, Lynch was appointed as Ireland's fourth Laureate na nÓg.

Among Lynch's most notable works is “The Boy Who Fell Off the Mayflower, or John Howland’s Good Fortune."

His meticulous research brings impeccable detail to the twenty books he has illustrated, including “The Christmas Miracle of Jonathan Toomey” by Susan Wojciechowski, “When Jessie Came Across the Sea” by Amy Hest, “A Christmas Carol” by Charles Dickens, and “Mysterious Traveler” by Mal Peet and Elspeth Graham.

Gather the children around this Halloween season for a reading of "The Haunted Lake," which is available on Amazon now.