The Deceived, which will be debuting on British broadcaster Channel 5, was created and written by Lisa McGee and her husband Tobias Beer. 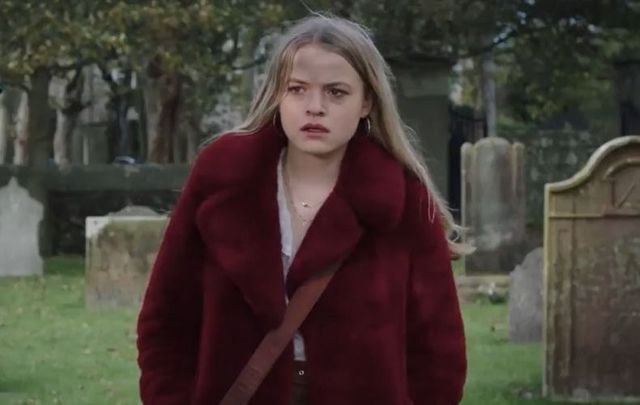 Lisa McGee, the creator of the smash-hit comedy Derry Girls, has shared a teaser trailer for her next project “The Deceived” and we can’t wait for this one.

On July 11, McGee said on Twitter that the new show would be "coming soon" to British broadcaster Channel 5:

"The Deceived" is described by Northern Ireland Screen as "a compelling, sinister narrative of lust, manipulation, and betrayal."

The thriller follows English student Ophelia [Emily Reid], who falls in love with her married lecturer [Emmet J. Scanlan]. When their affair results in a shocking and tragic death, Ophelia finds herself trapped in a world where she can no longer trust her own mind.

Portions of the show were filmed across Northern Ireland including at Queens University, Campbell College, Planet Bingo, St Anne’s Cathedral, The Merchant. The Shore Café, and Titanic Quarter.

McGee teamed up with her husband Tobias Beer to write the four-part drama. Speaking at the Virgin Media Television new season launch ahead of filming last year, McGee said: "It's been developing a long time - since not long after we were married, when we decided to write something about an affair.

While it may be "very different" from Derry Girls, the new thriller features two of the comedy's stars - Louisa Harland and Ian McElhinney. They join Emmett J. Scanlan, Emily Reid, Catherine Walker, and Eleanor Methven.

The show will also feature Paul Mescal, who is enjoying a rise to fame thanks to his lead role as Connell Waldron in the television adaptation of Irish author Sally Rooney’s award-winning novel “Normal People.”

"Working with such talented writers is always a pleasure and it was important to find equally talented people for both in front of and behind the camera.

"Along with our wonderful director, Chloë Thomas, we were lucky to assemble a hugely gifted cast who added a whole other layer of intrigue into the already thrilling scripts.

"We wanted to make a show that nods to classic thrillers but also make something really modern that speaks to a contemporary audience.

"The Deceived is a psychological relationship thriller that will have the audience questioning everything and will hopefully leave them wanting more."

Check out the trailer from Channel 5 here:

Some secrets won’t die. A brand new 4-part drama, The Deceived, is coming soon to Channel5.