Teenage Julia Roberts had a relationship with Liam Neeson

The Academy Award-winning actress had a passionate love affair with “Taken” star Liam Neeson when she was just 19 years old and he was aged 35. 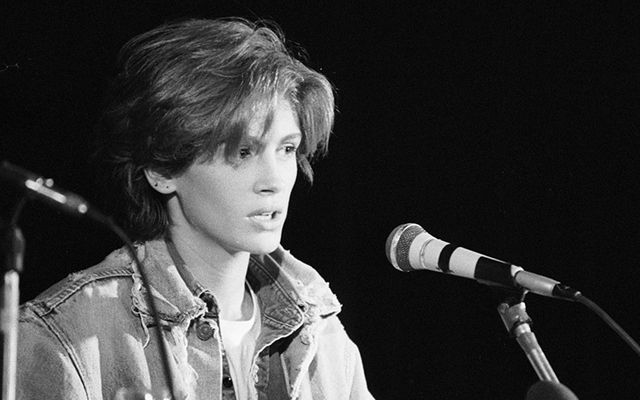 Julia Roberts in 1990, aged 21, around the time her love affair with Liam Neeson came to an end. WikiCommons

As high-profile actors, both the love life of Irish actor Liam Neeson and Pretty Woman star Julia Roberts have been the subject of much speculation yet you may not have known of the love affair between the famous pair when Roberts was still a teenager.

Broadcast last night “The Kitty Kelley Files: Julia Roberts” explored the life of the Academy Award winning actress, including a passionate love affair she had with “Taken” star Liam Neeson when she was 19 years old and he was already a well-established actor, aged 35. The show claims that within two weeks of meeting each other on the set of “Satisfaction”, the couple was living together, claiming that he was the first leading man in her life.

“All of us would fall in love with Liam Neeson, but for someone who never really had a father figure that she could look up to and admire,” said host Kitty Kelley.

Read more: Susan Sarandon wishes she had an affair with Liam Neeson

Roberts’ father died when she was nine years old and she went on to date several of her leading actors including Dylan McDermott, 55, Kiefer Sutherland, 50, Lyle Lovett, 59, Matthew Perry, 47, and current husband Daniel Moder, 48, each of whom she met on a film set.

“They embarked on a relationship that lasted for quite some time,” said The Hollywood Gossip reporter Tyler Johnson, confirming that they dated for two years between 1988 and 1990.

“She was new to the business, he was accomplished, he was successful – but this would start a pattern with other leading men.”