Bono and The Edge's four-minute, black and white video accompanying their acoustic version of "Sunday Bloody Sunday" features scenes from the atrocity in Derry in 1972. 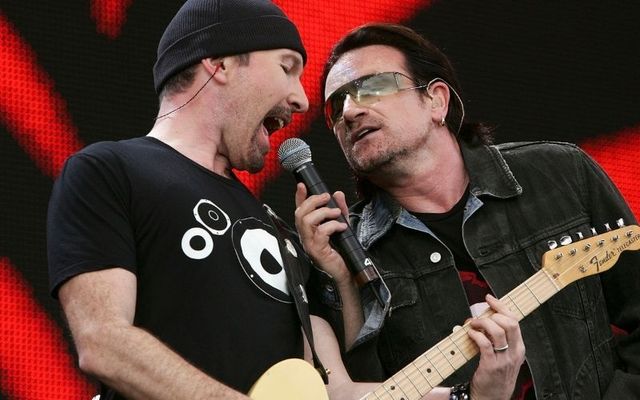 Bono and the Edge perform during Live 8 London in July 2005. Getty Images

Bono and The Edge shared a touching acoustic version of U2's iconic song "Sunday Bloody Sunday" to mark the 50th anniversary of the massacre of 14 innocent nationalists in Derry.

The video was posted on U2's official Twitter account alongside the simple caption "30 January 2022 - With love, Bono & Edge".

The acoustic rendition also includes a reworked final verse of the famous U2 song.

"Here at the murder scene

The virus of fiction, reality TV

Why so many mothers cry

Religion is the enemy of the Holy Spirit guide

And the battle just begun

Where is the victory Jesus won?"

The reworked song has received almost half a million views since it was posted on Twitter at 4 p.m. on Sunday to coincide with the time of the Bloody Sunday massacre 50 years ago.

U2 released "Sunday Bloody Sunday" in 1983 as part of their third album "War".

The song's biting lyrics meant that it instantly became one of the most popular, talked about, and controversial songs that U2 ever released.

At a concert at the Red Rocks Amphitheater in Colorado in June 1983, Bono famously introduced the song while U2 drummer Larry Mullen Jr. played a military drum beat.

"There’s been a lot of talk about this next song, maybe, maybe too much talk. This song is not a rebel song. This song is Sunday Bloody Sunday."

Mullen Jr. said in 1983 that the song was not about the Bloody Sunday massacre despite its title.

"That’s not what the song is about. That’s an incident, the most famous incident in Northern Ireland and it’s the strongest way of saying, ‘How long? How long do we have to put up with this?" Mullen Jr. said in 1983.