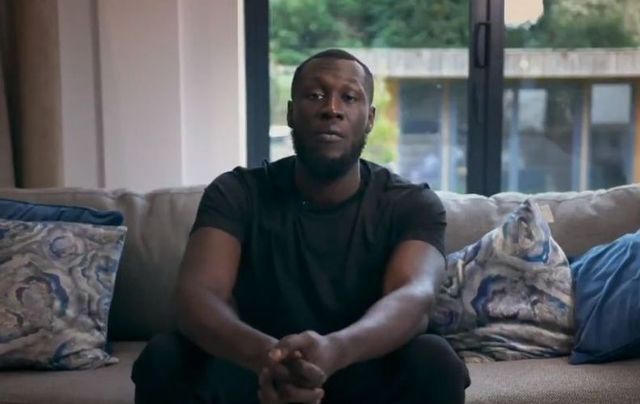 Stormzy recorded the message for students at Pobalscoil Neasáin in North Dublin, who organized a march in Baldoyle last June in the aftermath of the death of George Floyd in Minneapolis.

Students gathered in the school on Thursday morning and were astonished when the famous rapper appeared on the screen to greet them.

"Yo, what's going on people? It's Stormzy here sending love to everyone at Pobalscoil Neasáin," he said.

Please enjoy a snippet of our personal video message from the amazing, inspirational #STORMZY.
Don't worry, you pronounced our name (nearly) perfectly! Such an honour to be chosen. Fantastic video and an inspiring song. Thank you. #Superheroes #meas @Warnermusicirl @accsirl pic.twitter.com/bCYuP3kmbN

Stormzy, who recently announced that he has committed to donating £10m to black British causes over 10 years,  welcomed the students back to school after almost six months of closures and praised them for their efforts during the Black Lives Matter protests.

"I think it's important that you guys understand how powerful you are," the rapper said.

The music video also shows protesters at a Black Lives Matter rally in the UK and a young child playing soccer in an English jersey with Marcus Rashford written on the back.

Manchester United player Marcus Rashford has become a role model during the coronavirus pandemic, launching a campaign to feed hungry schoolchildren who had been deprived of free school meals since schools were closed in March.

The influential rapper concluded his special message with a word of encouragement for the young students.

"Despite the color of your skin, despite where you come from, despite your religion, despite whatever it is that you feel may be holding you back; you are a Superhero.

"So, I wanted to make this video to inspire you guys, to make you realize that the sky is the limit."