The Irish lacrosse team pulled out of the 2022 World Games in Birmingham, Alabama, giving up its spot to Iroquois Nationals. 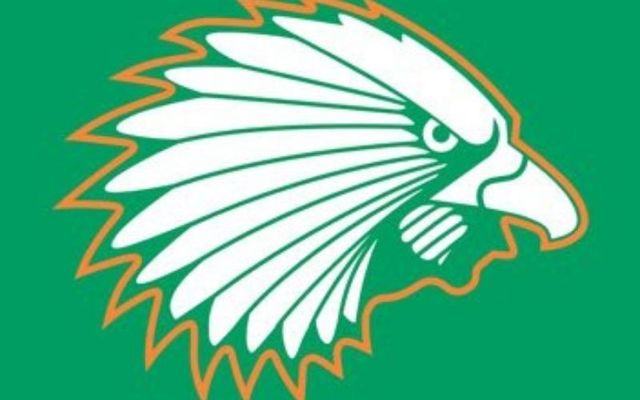 The Irish men's lacrosse team has pulled out an international lacrosse tournament to allow a team representing a confederacy of Native American tribes to take their place in the latest act of solidarity between Irish and Native American people.

The Irish team pulled out of the 2022 World Games in Birmingham, Alabama, to open up a spot for the Iroquois Nationals - a confederacy of Mohawk, Oneida, Onondaga, Cayuga, Seneca and Tuscarora Nations.

Lacrosse, which originated among Native American tribes, will make its debut at the World Games in 2022 with teams fielding six players instead of the usual ten.

The decision represents yet another gesture of gratitude and friendship in response to the Choctaw Nation's $170 donation to victims of the Irish Famine in 1845.

The donation came shortly after the Choctaw Nation had embarked on the Trail of Tears and the selfless nature of the gesture has created an everlasting bond between Irish and Native American people.

Recently, Irish people have donated more than $5 million to Native American families struggling with the COVID-19 pandemic in Arizona and New Mexico and this latest gesture from the Irish lacrosse team is another sign of gratitude.

The Irish team was the last of the eight teams to qualify for 2022's World Games, and Ireland Lacrosse CEO Michael Kennedy said that it was an easy decision to give up the spot for the Iroquois.

The Native Americans finished third in the same competition that Ireland qualified from but were originally deemed ineligible to take part in the World Games.

Tournament organizers didn't recognize the Iroquois as a sovereign nation but a huge amount of social media pressure led World Lacrosse to change its mind. Kennedy said he had been expecting World Lacrosse to reach out.

"I said, ‘Look, guys, I’m going to make this very easy. We want the Iroquois to take up the position which is rightfully theirs," Kennedy told LSN.

LSN goes One-on-One with Michael Kennedy CEO of @IrelandLacrosse. He tells @tgeldrid what went into the organization's decision to withdraw from the World Games, clearing the way for the @IRQ_Nationals to participate. Full interview: https://t.co/Y9m6tNriVM pic.twitter.com/VfyyF359OP

Lacrosse originated among the Iroquois Nations, also known as Haudenosaunee Confederacy, and Kennedy said that the Native Americans are the heart and soul of the sport.

The sport is making its debut at the 2022 World Games and Kennedy said that it would be wrong for the tournament to go ahead without the Iroquois Nationals in its first-ever appearance at the World Games.

"There was so much more to be gained for the sport as a whole than for Ireland to gain from that one tournament. It was the right decision to pull out to enable the Iroquois to take part," he told RTÉ News.

Iroquois Lacrosse issued a statement in response to Kennedy's decision, saying that the Irish team "went above and beyond."

"We are storytellers, but today we are without words as we contemplate the generosity of spirit shown by Ireland lacrosse,” the statement said. “All we can say is: You are in our hearts. You are part of the spirit of lacrosse. We will never forget that. Nyawenha, Go raibh maith agat. Thank you."

You have gone above and beyond not only for us, but for what you believe is right.
Your actions have spoken louder than words showing everyone the true power of sport, and the spirit of lacrosse.

The Irish lacrosse team will now miss out on the potential publicity of taking part in a world championship. A number of other minority sports have benefitted enormously from performing well at international events.

The Irish woman's hockey team, for instance, captured the whole nation's attention in 2018 when they reached the World Cup final, potentially increasing funding and participation levels.

Kennedy and Irish lacrosse will simply have to hope that their gesture of goodwill captures the hearts of Irish people in a similar fashion.