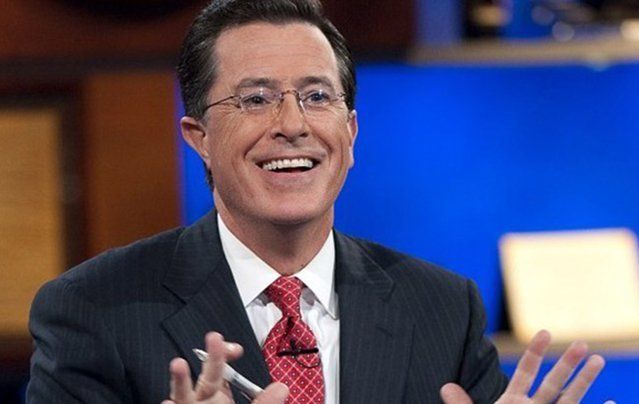 Popular late night talk show host Stephen Colbert tore strips out of President Donald Trump’s new bill to crack down on legal immigration, poking fun at the idea of him introducing a “merit-based” system that will systematically favor those who come from English-speaking countries.

The Reforming America's Immigration for Strong Employment (RAISE) Act was announced by Trump yesterday, introducing a cut of 50% to the number of green cards awarded and giving preference to those who have a proficiency in English and who are highly skilled. Colbert hit out at the president’s own English use, questioning whether new immigrants to the US would be required to learn terms such as “bigly” and “covfefe” to be awarded entry.

He also criticized the idea of a “merit-based” system being introduced by a President who had no political experience when entering office and who built his platform and campaign on the fact that he did not have this background. “Wherever you are today, it’s not based on merit,” Irish American Colbert said of Trump.

“Announcing the bill yesterday, Trump said: “This would be the most significant reform to the immigration system in half a century .. it is a historic and very vital proposal.”

At this, Colbert looked back his own family’s history of immigration, proudly stating at the start of his opening monologue that he was happy his Irish family arrived in 1828 as now he feels the ladder is being pulled back up after them.

“We haven't had anything like this since the whomp the Irish with a stick act of 1884, yeah, eat stick, paddy, eat stick,” the TV host proclaimed, referring to the bad treatment early Irish immigrants received on arrival to the US and how this injustice is now being targeted on other nationalities.

Taking a more serious angle, he continued to ask whether cutting down on legal immigration would, in fact, make the US more competitive, stating that many experts believed it would have the opposite effect.

What do you think of Trump’s plan to crack down on legal immigration? Will it Make America Great Again or is it a step in the wrong direction? Let us know your thoughts in the comments section.