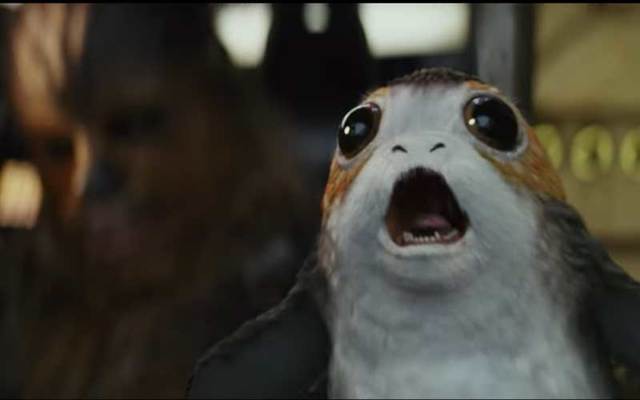 Screenshot of a porg from 'The Last Jedi' trailer. YouTube/Star Wars (Disney/LucasFilm)

Hundreds of puffins can be found on Skellig Michael, the island off Ireland’s southwestern coast where scenes of Luke Skywalker’s remote Jedi retreat on Ahch-To were filmed.

"If you go to Skellig at the right time of year, it's just covered in puffins, and they're the most adorable things in the world," The Last Jedi writer-director Rian Johnson told Entertainment Weekly.

The new intergalactic creature’s resemblance to the Atlantic puffin is no coincidence, CBC News reports. The overwhelming presence of puffins on the Irish island led to the porgs' invention out of necessity. 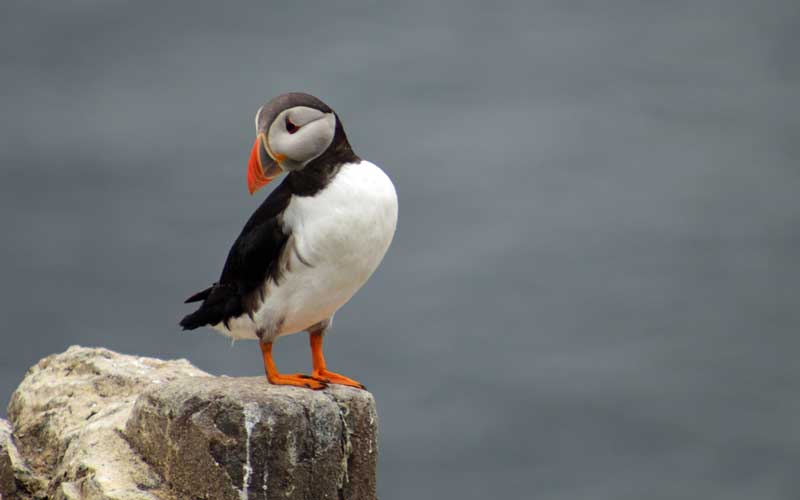 In an interview with StarWars.com, creature concept designer Jake Lunt Davies revealed that the porgs were created to cover up the real-life puffins that turned out to be “a huge pain in the ass” for director Johnson.

Skellig Michael is a wildlife preserve, and by law, the filmmakers were not permitted to interfere with the puffins. 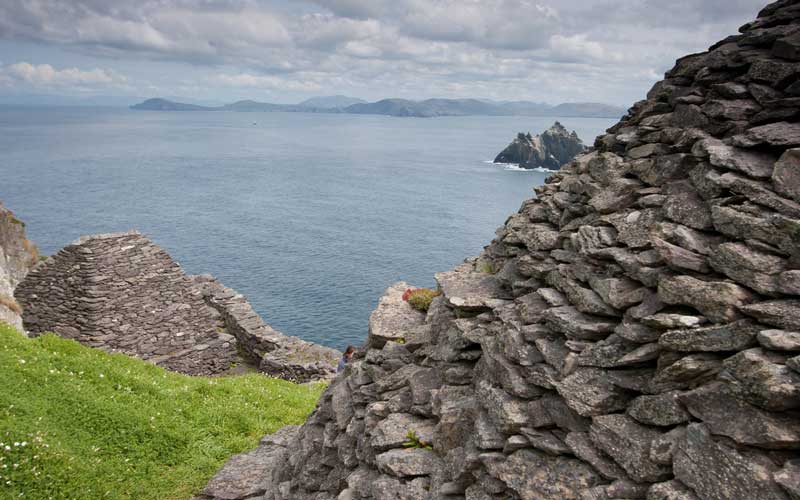 Turning Skellig Michael’s nesting puffins into another creature in post-production was easier than trying to remove them all digitally. While some of the porgs seen in the movie are puppets, others are, in fact, actually digitally-altered puffins.

"From what I gathered, Rian, in a positive spin on this, was looking at how can he work with this," explained Davies. "You can’t remove them. You physically can’t get rid of them. And digitally removing them is an issue and a lot of work, so let’s just roll with it, play with it. And so I think he thought, 'Well, that’s great, let’s have our own indigenous species.'"