WATCH: When "Star Trek” predicted the unification of Ireland

A 1990 episode of "Star Trek: The Next Generation" predicted that Irish unification would happen in 2024. 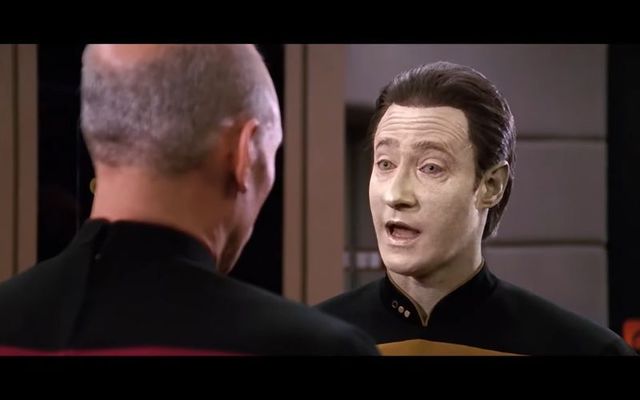 This 1990 episode of "Star Trek: The Next Generation" expressed some controversial views on both Irish unification and the use of terrorism to achieve political power.

"Star Trek: The Next Generation," the American science fiction television series, almost caused quite a stir back in January 1990 with its season three episode "The High Ground" in which they appeared to predict the unification of Ireland along with voicing some controversial views on terrorism.

The episode saw the crew of the USS Enterprise entangled in a decades-long internal conflict between the people of Rutia IV and a group of rebel separatists called the Ansata. During the episode, Patrick Stewart's Captain Jean-Luc Picard has a full-blown discussion about The Troubles, the roughly 30-year period of unrest in Northern Ireland, with the Enterprise's synthetic life form Data, played by Brent Spiner.

Bear in mind that at the time of this episode, The Troubles were still in full swing.

Discussing the merits and weaknesses of terrorism, Data actually cites Northern Ireland as one example of terrorism working. He also highlights the reunification of Ireland in 2024 as a demonstration of a conflict that achieved its desired aim.

The episode was set in the year 2366. Therefore, in the "Star Trek" universe, Ireland had enjoyed a unified existence for more than 300 years.

The entire conversation between Picard and Data was edited out of the episode when it first aired on television on BBC Two in the UK and on RTÉ in Ireland respectively.

While the entire episode has yet to be aired in Ireland, it was aired in the UK on Sky One in May 2006 and on UK terrestrial TV in September 2007, both nearly a decade after the signing of the Good Friday Agreement in 1998.

You can watch the "Star Trek" clip here: