Everything you need to know about sports betting in New York

As of July 2019 sports betting became legal in New York state, here's everything you need to know. 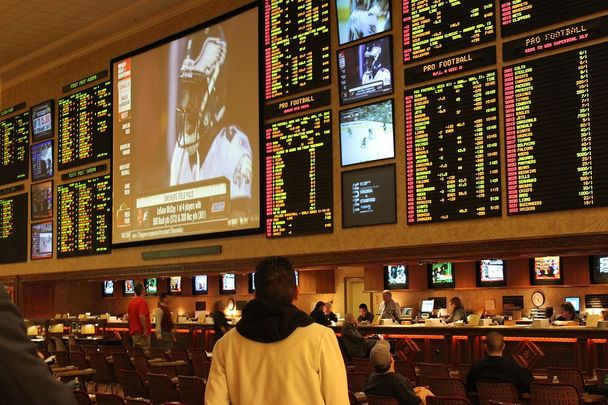 All bets on!! Everything you need to know about betting in New York. Baishampayan Ghose / Flickr

For visitors, there’s a simple way to discover where you can legally place bets in the state here's a guide to having some fun betting on sports in New York.

With around 65 million visitors every year, New York is a definite tourist hotspot. But then it does have a huge number of attractions to appeal to almost everyone. For culture lovers, there are museums like the Met, MOMA, and the Guggenheim. For theatre lovers, Broadway is where they’ll see some of the most spectacular performances on any stage anywhere and for foodies, it’s a true melting pot of world cuisines from Italian to Korean and Indonesian to Russian.

Then there are all the iconic sights to see whether it’s the Empire State Building, Ground Zero, or the view of the Statue of Liberty from the Staten Island Ferry – surely the very best free ferry ride in the world.

Last, but not least, there’s the sport to enjoy whether it’s American football, baseball, basketball or horse racing, to name just four.

Betting in New York: The basics

For many of us, being able to have a bet on a sport makes it all the more interesting. So the good news is that, as of July 2019, sports betting became legal in New York state. This followed a historic ruling over a year earlier by the Supreme Court to overturn a ban that had been in place for many years. The state that lobbied most strongly for the change in the law was neighboring New Jersey and New York State was one of the first to take advantage of the law change

At the moment it’s only offline sports gambling that’s legal as the legislation required has not been proposed as yet.

For visitors, there’s a simple way to discover where you can legally place bets in the state and that’s thanks to betting.us – a site dedicated to outlining the wagering rules and opportunities throughout the country. Especially useful is the list and map of sports betting locations in New York which allows you to filter them by type, location and even sportsbooks recommended by the site itself. In fact, with almost 200 different locations to choose from, this isn’t just useful, it’s indispensable.

Sports betting has been allowed since as long ago as 2013 for its commercial casinos but it’s only in the last year or so that this has been broadened out to include numerous other venues.

There is an age restriction of 21 and this is strictly enforced so it will be important to carry official ID stating your age should you want to participate. You will also be taxed on winnings, but not your stakes.

Some places to bet

Some of the most popular places to bet in the state include the tribal casinos that you’ll find upstate in locations like Schenectady, Syracuse, Bridgeport, and Tioga Downs. This is very much an expanding scene with many other casinos thought to be planning to follow suit soon. Visiting any of these places is well worth making a trip out of the city. You’ll find luxurious resort-style locations with fantastic facilities.

All have hotels and spas attached and the sports in play can be watched in dedicated areas with countless screens and video walls.

If you’d prefer to stay within the city confines, you’ll find countless bars where a wide variety of betting is allowed. For fans of horseracing, you’ll also find that there are numerous race tracks in the state with three of the best known being Belmont Park, Batavia Downs, and Saratoga Raceway.

The sports you can bet on

Look into any of the major sportsbooks in the state and you’ll find that there’s no shortage of sports that you can bet on. Football – the American kind, basketball, and baseball are the big three and the ones that attract the most passionate followings, but there’s also MMA, soccer, air racing, car racing, and golf.

It’s also completely legal to bet on fantasy sports in the state with two of the biggest leagues being run by Draft kings and FanFuel. For those who want some online action, albeit of the virtual kind, this can be a good way to enjoy it.

If you also want to combine your visit with some live sports action as well as sports betting, then it’s well worth trying to get your hands on tickets to see one of the city’s major league teams – but be warned that the prices can be high. In football, it’s the New York Giants who actually play their home games over in New Jersey. When it comes to baseball, it’s the Yankees or the Mets – whichever you manage to get to see, it’s certain to be a spectacle.

For basketball, it’s the New York Knicks – giving you a chance to visit the magnificent Madison Square Garden if you’re lucky enough to catch a home game.

So there you have it. A quick rundown of how, where, and what to bet on in New York. Now it’s time to get on that transatlantic flight and put it all in to practice!