U2X RADIO, a jointed creative partnership between SiriusXM and U2, will launch in 2020 with the band themselves taking to the airwaves. 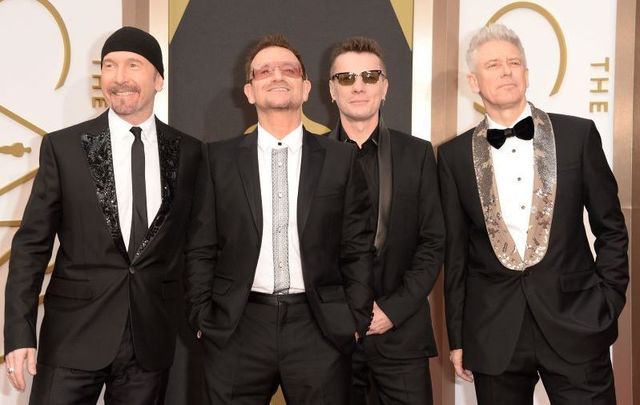 U2 photographed at the 2019 Oscars. Getty

SiriusXM has announced a new creative partnership with Irish rock legends U2 to launch U2X RADIO.

U2X RADIO, a jointed creative partnership between SiriusXM and U2, will launch in 2020 with the band themselves taking to the airwaves.

The new radio station, U2X RADIO,  will feature music from U2's acclaimed decades-long career; never before heard interviews and live concert recordings; favorites and surprises from the archive; band curated playlists sharing personal influences both new and old; plus content celebrating their Dublin roots and much, much more. The dedicated SiriusXM channel will be built on exclusive content available only to SiriusXM subscribers and Pandora listeners.

Commenting on the SiriusXM announcement Bono said: "Generally when I open my mouth people prefer if I'm singing, but on U2X RADIO, maybe they'll forgive me the odd interruption…"

Adam Clayton said: "I'm not entirely sure what this is but what it isn't is an opportunity to hear some bass solos… U2 24/7. Welcome to the last 43 years of my life."

Larry Mullen said: "It all sounds exhausting to me but if people really want to listen to us for 24 hours a day, this is the way to do it."

The Edge added: "So I get to sit around having a laugh with my musician friends and playing our favorite music. As I always say, I have the best job in the world!"

The big announcement was made by U2, live from The Joshua Tree Tour stage at the Saitama Super Arena, in Tokyo, Japan, with a cut-in from frontman Bono to Howard Stern on his SiriusXM channel "Howard 100". The dramatic announcement saw the tour's massive 200x40-foot screen light up with a video tribute to radio ahead of a live performance of the band's hit 'Elevation'.

A simultaneous stream by U2 on Facebook Live allowed fans around the world to hear the news of U2X RADIO as it happened.

U2 certainly has enough of a back-catalog to fill at least a few days. Since they started out they've sold more than 170 million records worldwide. They've won 22 Grammy Awards, more than any band or music group in the world.

SiriusXM President and Chief Content Officer Scott Greenstein said of the U2X RADIO announcement "U2 has unparalleled influence as musicians, social activists, and global cultural icons. The band's ability to evolve has enabled it to create a large and diverse library of hit songs, as well as four-plus decades' worth of renowned live performances."

What do you think? Are you happy there's now a 24/7 U2 radio station? Let us know in the comments section below.