Oscar nominations come out on Tuesday, February 8, and Bono is hopeful that U2’s song will be on the list.  And if it makes the final cut, he wants the band to clear space for a golden statue. 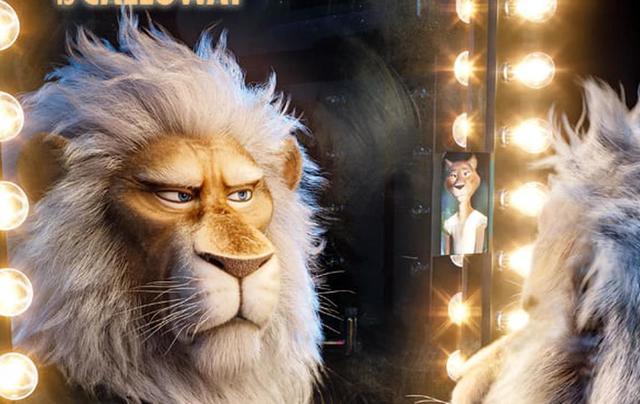 Bono wants to win an Oscar this year and he makes no bones about it. The U2 frontman and guitarist The Edge penned the original tune “Your Song Saved My Life” for the hugely successful animated film "Sing 2", which Bono also stars in as the rock star lion Clay Calloway.

So the Oscar nominations come out on Tuesday, February 8, and Bono is hopeful that U2’s song will be on the list.  And if it makes the final cut, he wants the band to clear space for a golden statue.

“The humble pie, you can eat it, but you don’t want to be choking on it. We want to win! We don’t want to come in second,” Bono told Variety during a joint interview with Edge last week.

Edge, as is his wont, was a bit more humble when he sized up the competition.

“I think it’s an amazing array of songs, maybe the best array of original songs in the last five years, because you’ve got Beyonce, you’ve got Billie Eilish, you’ve got Van Morrison, all these amazing works. So whoever wins I think will be a worthy winner — and I hope it’s us. But it’s going to be hard to even get nominated, I think,” he said.

Should they get the call, it won’t be U2’s first Oscars rodeo.  They’ve got two Best Original Song nods from 2003 for Gangs of New York, and 2014’s Mandela: Long Walk to Freedom.  Bono remembered losing out to Eminem for the first one.

“I will say, (losing to) Eminem, I have to be honest, (his) song, “Lose Yourself,” we were sitting there — he wasn’t even there — and it’s really an extraordinary song. I still had a tiny bit of humble, and there was a part of me there that was going, ‘Mmm. This will be hard. To win against that could backfire.’”

During the Variety chat, Edge shared that U2 used the pandemic to churn out a bunch of new songs.

“We’re in a great position where we have a lot of new material. We’re not sure what we’re going to do yet, but it’s just been a wonderful creative time for us,” he said.