Sinead O’Connor is up for a date

Irish musician Sinead O'Connor, who now goes by the name Shuhada' Sadaqat, has let slip on Twitter that she's applied for First Dates. 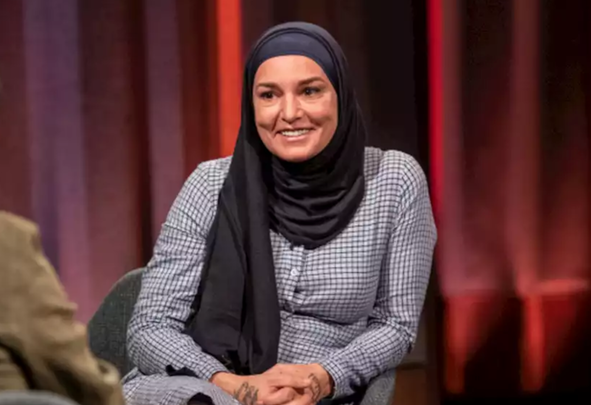 Irish musician Sinead O'Connor, who now goes by the name Shuhada' Sadaqat, has let slip on Twitter that she's applied for First Dates.

She's getting absolutely phenomenal reviews for her comeback concert tour, and now it seems Sinead O’Connor might be ready to find love.

Well, at least her daughter thinks so. Sinead, home in Ireland for a break before she returns to the U.S. for more shows in March – all of which, by the way, are sold out – has an application in with the popular U.K. TV show First Dates, courtesy of her daughter Roisin, 23, who signed her mom up.

“Ha! My daughter just completed an application for me for First Dates : ),” Sinead, using her @magdaDavitt77 handle, told her Twitter followers.

Sinead O'Connor's on for a date!

Sinead, 53, already has four busted marriages behind her, so her track record isn’t promising.  But now that she’s turned her life around and is back doing what she does best – performing – maybe she’ll get lucky in the love department too.

She’s certainly doing great as far as her career and no doubt will be back in the U.S. for more concerts, given the success she’s had so far.

“To see one of music's great artists smiling, reveling in the love of the rapturous audience, sounding as brilliant as ever, looked like the triumphant closing scene of a movie. It was as uplifting and heartwarming as it was musically compelling,” a critic from Forbes wrote of Sinead’s LA show on Oscar night.