Seamus Heaney to be the focus of a new BBC documentary

World famous Irish poet Seamus Heaney will be the subject of a forthcoming BBC documentary. 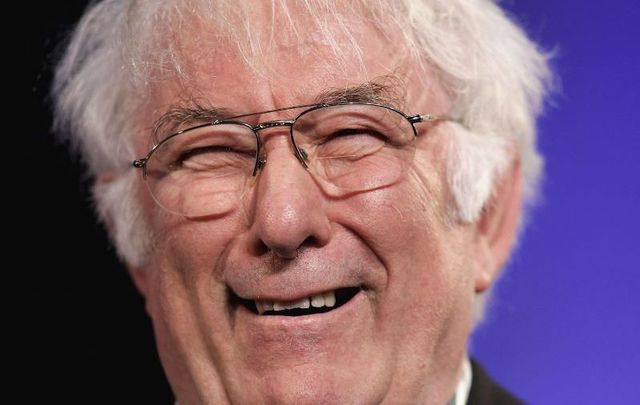 The BBC documentary will feature memories from Seamus Heaney's relatives

BBC has announced that it will be making a new feature-length documentary about famous Irish poet Seamus Heaney.

Read More: Have you visited the new Seamus Heaney exhibit in Dublin?

With the working title ‘Seamus Heaney: The Music of What Happens,’ the forthcoming documentary will provide a look at the famous Irish poet’s life with contributions from his family, says The Irish Independent.

Patrick Holland, Controller for BBC Two has said: “Seamus Heaney is a cultural colossus who created some of the most powerful, beautiful and resonant poetry of the last 50 years.

“This film promises exceptional intimacy and poignancy; I am so delighted the family has agreed to share their memories of him for the BBC Two audience."

Mark Bell, Commissioning Editor, BBC Arts, says: “We are so pleased to have been able to bring the DoubleBand team together with Adam Low and Lone Star to make a rich and tender appraisal of this great writer using the memories of his family and those closest to him.”

Born in Co Derry and a graduate of Queen’s University Belfast, Heaney grew up during The Troubles in Ireland, but never let the conflict define him nor his work.

In 1966, the Irishman shot to fame when his first book of poetry "Death of a Naturalist" was published by Faber & Faber.

Watch Heaney reading his title poem here for PBS in 2011:

Read More: Seamus Heaney, who died this day in 2013, explains his own incredible life in his epitaph

Often described as the greatest Irish poet since WB Yeats, Heaney was awarded the Nobel Prize in Literature In 1995. He passed away in 2013 at the age of 74.

What's your favorite Seamus Heaney poem? Let us know in the comments!