Sarah Jessica Parker said it's "always hard to leave" after spending Christmas in Ireland at her family's holiday home in Co Donegal. 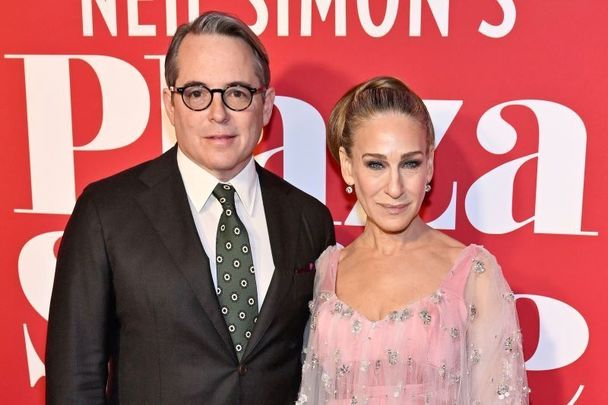 Sarah Jessica Parker thanked Ireland after she and her family visited their Co Donegal homestead for Christmas.

“Thank you Ireland,” Parker said in an Instagram post featuring a classic Irish photo of a rainbow over green fields on December 29.

“It was a happy. Always hard to leave. But you sent us off nice. X,SJ”

Parker, her husband Matthew Broderick, and their children are frequent visitors to Ireland. Broderick inherited their Co Donegal holiday home in Killybegs and Kilcar that his parents had purchased when he was a child.

This was reportedly the family's first Christmas in Ireland since before the pandemic.

A few years back, Broderick told the Irish Voice, sister publication to IrishCentral, about his Irish homestead: “You know the landscape, the hiking but it's also the people there that I grew up knowing. Real farmers who worked the hay in the summer and milked cows. I really, really got to know my neighbors and that just doesn't happen in the same way here in the US.

"We just really felt welcomed there [in Donegal]. It's another culture, a wonderful place.”

Parker, Broderick, and their children were in Dublin over the summer where the “Sex and the City” star made a big impression on the staff at Soup 2, a ramen restaurant.

Restaurant owner Conor Hughes told Hello! Magazine: "Sarah was one of the nicest customers I've had in a while.

"She noticed we were super busy, asked if I was short-staffed, and jokingly offered to help in the kitchen, as I was cooking and running food! She seemed to know a lot about our business, and clearly had done her due diligence."

Hughes added: "Both Sarah and Matthew were happy to converse with anyone and everyone.”

The family dined on cauli wings and salmon sashimi to share, Hughes revealed.

“I sent an extra plate of sashimi as they seemed to love the first one this gesture was met with amazed delight. They really appreciated it. Especially the kids.”