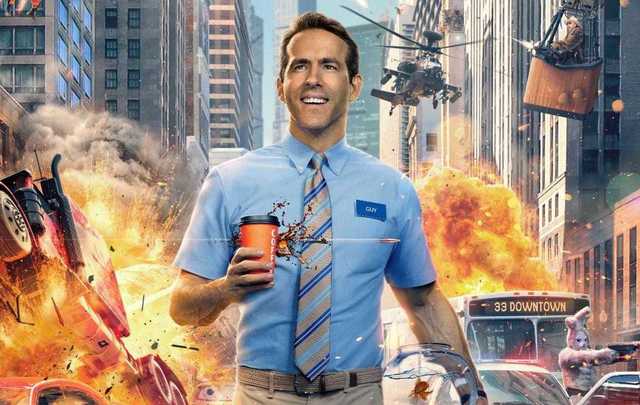 "Free Guy" starring Ryan Reynolds and Irish YouTuber JackSepticEye is out on Aug 13.

JackSepticEye announced on YouTube back in October 2020 that, yes, he was in fact starring in a Ryan Reynolds movie called "Free Guy."

Lo and behold, finally, after months of delays, the Disney movie is set for theatrical release on August 13.

"Free Guy" tells the story of Guy, played by Ryan Reynolds, an NPC (non-playable character) within an open-world video game who discovers that he is a character in a video game.

Not giving anything away, JackSepticEye is among the gamers featured in the movie discussing Guy's video game and antics therein on various social media platforms.

Seán "JackSepticEye" McLoughlin hails from Cloghan, County Offaly, and is best known for his vlogs and comedic "Let's Play" series. As of August 6, McLoughlin has 27.3 million YouTube subscribers, making his the most subscribed Irish channel.

As well as his video success, McLoughlin is also the co-founder of the clothing brand Cloak and founder and owner of Top of the Mornin Coffee.

Here's JackSepticEye's video from Oct 2020 on his involvement in "Free Guy":

Also starring in "Free Guy" are Jodie Comer (“Killing Eve”), Taika Waititi (writer of "Jojo Rabbit" and "What We Do in the Shadows"), Joe Keery ("Stranger Things"), and a few delightful cameos that we'll leave as a surprise.

The movie was directed by Shawn Levy ("Night at the Museum", "Date Night") and written by Zak Penn ("Ready Player One") and Matt Lieberman ("The Christmas Chronicles").

Along with "Jacksepticeye" McLoughlin, the film features cameos from some of the video gaming world's most influential figures, including Imane “Pokimane” Anys, Lannan “LazarBeam” Eacott, Tyler “Ninja” Blevins, and Daniel “DanTDM” Middleton.

Check out the trailer to "Free Guy" here: