Want a Game of Thrones final season remake? You're not alone. 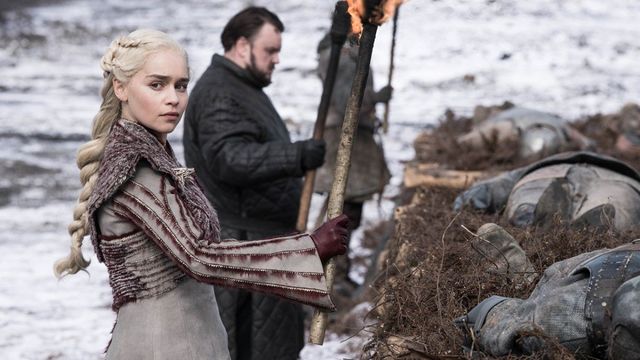 Game of Thrones final season petition already has tens of thousands of signatures looking for a remake.

Unhappy with the final season of Game of Thrones? You're far from alone!

In fact, some devoted GoT fans have gone so far in their absolute disgust at the final six episodes, that they've started up a "Remake Games of Throne final season" petition which is calling for a complete second attempt of the series ending.

Such is the horror at the way the fifth episode "The Bells," in particular, played out for some of our favorite characters, the remake Game of Thrones petition has quickly gone viral and in less than a day has collected almost 42,000 signatures (we're sure this will greatly increase from the time of writing).

Started by Change.org user Dylan D., the petition reads, "David Benioff and D.B. Weiss have proven themselves to be woefully incompetent writers when they have no source material (i.e. the books) to fall back on.

"This series deserves a final season that makes sense.

"Subvert my expectations and make it happen, HBO!"

With anger at the Game of Thrones writers reaching fever pitch, we're still pretty certain that the final episodes will not receive a remake so I guess we're all just going to have to wait until George RR Martin gets those books written and published to receive the GoT ending we all feel we deserve.

If your disappointment with the eighth season has not completely dampened your love for all things Game of Thrones, remember that IrishCentral is the best place for you to discover all the Game of Thrones Irish filming locations. You can find our ultimate Game of Thrones travel guide to Northern Ireland here.

Sign your own name to the remake petition here.

Want to have your say on a Game of Thrones remake? Head over to our Instagram stories @IrishCentral to tell us what you think. (And why not give us a follow for some absolutely stunning pictures of Ireland while you're there?)