O'Hara and Wayne were under immense pressure from director John Ford to get the film's famous cemetery scene right in one take. 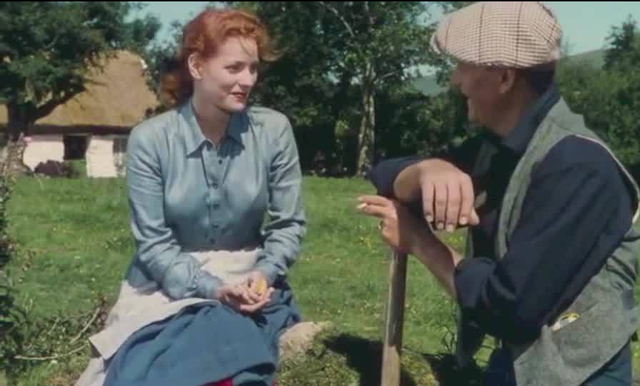 Maureen O'Hara once admitted that she and John Wayne had to get one scene from "The Quiet Man" perfect on the first take or director John Ford would have "strung us up from our toes".

The famous film, which tells the story of a boxer who returns to his native Ireland to purchase his old family farm, helped to create an image of Ireland in American popular culture that has persisted into modern times.

With the relationship between O'Hara and Wayne at its core, the Quiet Man has regularly been lauded as one of the best and most important Irish films of all time.

That on-screen chemistry notwithstanding, O'Hara and Wayne were under immense pressure to get the film's famous cemetery scene right in one take.

"It’s everything that happens right up to the embrace and kiss," O'Hara wrote in her memoir "Tis Herself: A Memoir".

"We had to get it in one take because our clothes were sopping wet when we finished. If we missed it, then our costumes would have to be cleaned, dried, and ironed.

The subsequent kissing scene was shot in a separate take, O'Hara suggested in her memoir.

She said she enjoyed "electric" chemistry with Wayne because she was the "only leading lady big enough and tough enough" for him.

O'Hara also revealed that received praise from Quiet Man fans for decades after the film's release for her performance in the cemetery scene.

On This Day: Bob Geldof, the Irish founder of Live Aid, is born in 1951